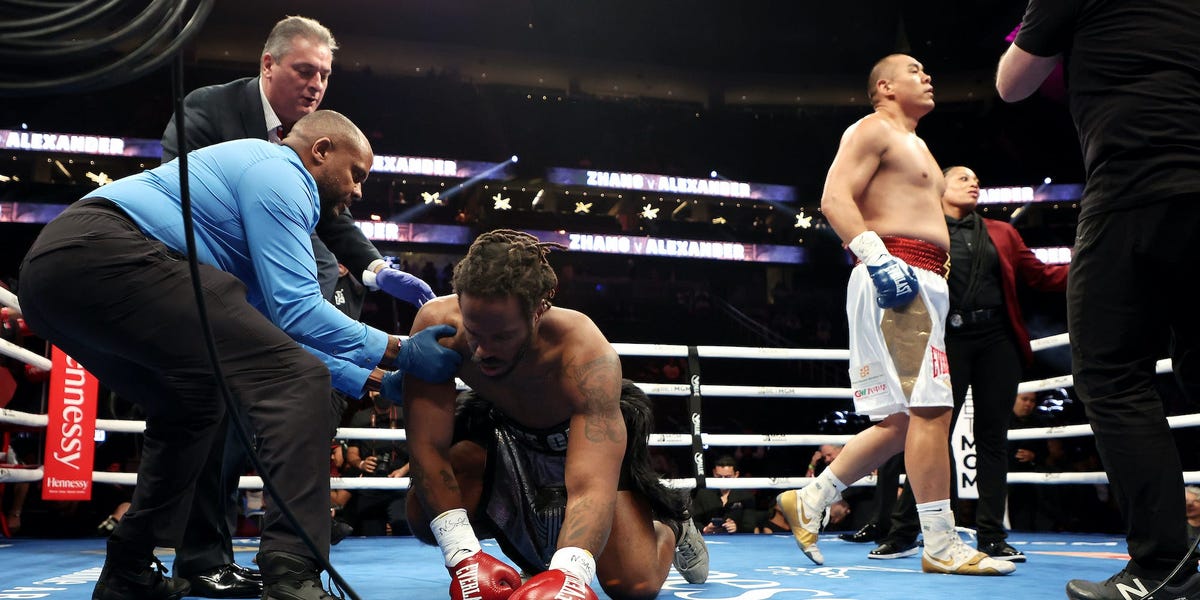 LAS VEGAS — 6-foot-6 heavyweight Zhang Zhilei scored a thunderous finish with only his fourth landed punch Saturday during an undercard match at the Saul “Canelo” Alvarez event inside the T-Mobile Arena in Las Vegas.

Zhilei, nicknamed “The Big Bang,” fought Scott Alexander who entered the show as a late replacement for Filip Hrgovic — a rising star who withdrew from the fight because his father had recently passed away.

Chinese fighter Zhilei outweighed Alexander by around 53.6-pounds, weighing 276.2-pounds, and boxing as slow as one can imagine.

Though he fights with a sluggish style, he made quick work of Alexander by finishing the American with a textbook straight left hand that he cocked expertly to counter the American and send him crashing to the canvas.

Alexander hadn’t won a fight since 2017, entered Saturday on back-to-back losses, and was never likely to last the 10-round distance.

Regardless, he put up less of a fight than one could imagine, landing just one shot from 17 attempts for an appalling 6% accuracy rate.

Zhilei was also rather inaccurate as he landed four punches from 30, however, those four punches were all that were needed to beat Alexander to the ground.

Watch Alexander wondering what the hell had happened in this DAZN clip:

The Zhilei vs. Alexander fight was the fifth bout in the nine-fight card that Matchroom organized.

Promising super lightweight boxer Montana Love was matched with Gabriel Gollaz in a bout that had the IBF North American welterweight title on the line.

The evening show was broadcast on DAZN pay-per-view.