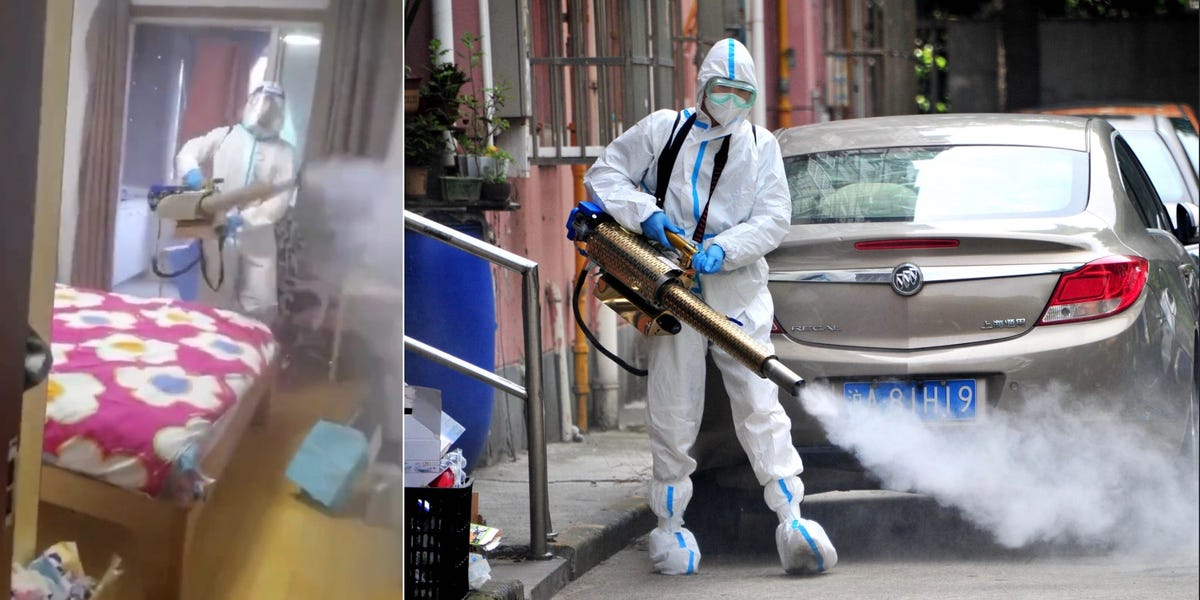 Workers in Shanghai have been entering people’s homes to spray disinfectant, sparking concerns over potential damage to their belongings and health.

Several videos circulated online this week show workers in personal protective equipment disinfecting everything from people’s furniture to laundry and even a refrigerator. In one video, workers appeared to hack their way into an apartment whose owners were placed in a quarantine center.

While the disinfection was mostly conducted in the homes of Covid-positive people, a Shanghai city official said on Tuesday that authorities would extend their efforts to include communities where different households share bathroom and kitchen facilities.

The official added that residents could inform the health workers about any items in their homes that need to be covered and protected.

The new measure has further fueled public discontent in a city already frustrated by a prolonged and strict lockdown.

“If they ruin any of my limited-edition comic books or figures, I’ll be very socially unstable,” one person commented on China’s Twitter-like Weibo platform.

“Is it even safe for us to be breathing in so much disinfectant in an enclosed space,” another Weibo user said.

Chinese health officials believe that rigorously spraying disinfectant can help eliminate Covid, even though the World Health Organization says the measure is ineffective as the risk of transmission via contaminated surfaces is low. More worryingly, the move could also pose a health risk, the UN agency added.