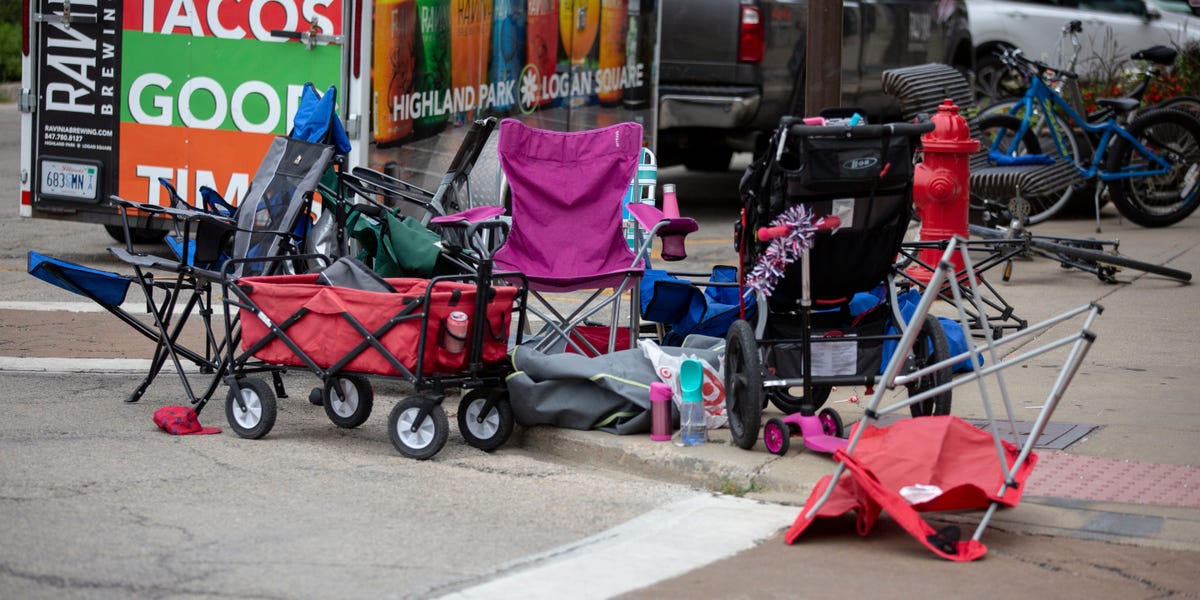 Multiple witnesses at the Highland Park Fourth of July parade told CNN they thought sounds of gunfire were initially fireworks or other planned parts of the parade.

The annual celebration turned to tragedy when a gunman opened fire on the crowd at the parade from a nearby rooftop, police said. Authorities said six people were killed and 31 injured.

CNN reported that bystanders thought the sounds of gunfire were fireworks until hundreds of parade-goers began to run from the scene.

One man, Steve Tilken, told CNN he initially thought someone at the parade was setting off a round of fireworks.

He did not realize the noise was gunfire until his wife’s 13-year-old granddaughter — who has undergone rounds of active shooter training at school — “all of a sudden hit the ground, sobbing,” bringing her brother down with her.

“My wife just stood there — was standing for like a second or two — and then she realized what was going and so she dove down to protect their bodies with her body and I stood for another like couple of seconds in disbelief because I didn’t see the carnage that was happening aback of me. And I threw my body on top of theirs,” he said.

Another witness, Alexander Sandoval, told CNN he thought the gunshots were the Navy performing a ritual.

“I thought that it was the Navy that was saluting the flag with rifles, but then when I saw people running, I picked up my son and started running,” Sandoval said.

Sandoval also described using a nearby dumpster as shelter for his son while he returned to the scene to search for the rest of his family.

A person of interest and sole suspect, a 22-year-old man, was arrested after a two-hour search. Officials say they have recovered a “high-powered rifle” from a nearby rooftop.