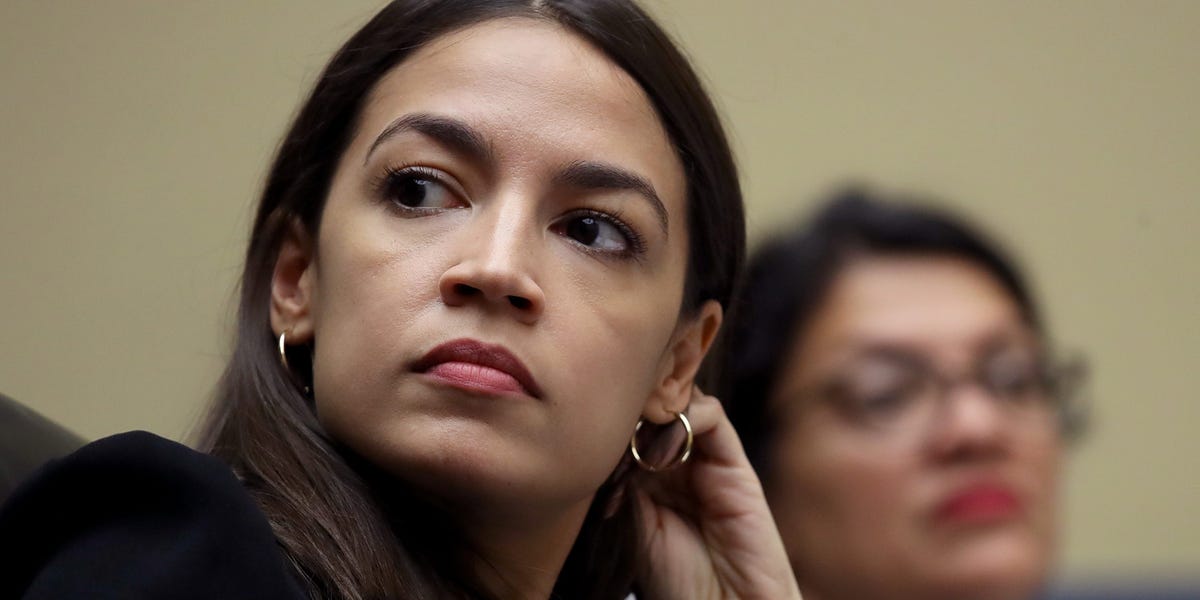 Rep. Alexandria Ocasio-Cortez said the idea that voters should opt for Democrats simply because they are not former President Donald Trump is a “deeply demoralizing message.”

In an interview with The New York Times that was published Sunday, the New York congresswoman said Democrats could be in trouble if they don’t deliver on the promises made to constituents.

“The talking points are not enough,” she said. “You’ve got to give me something to work with, with my communities. And if you’re not, how can I make the argument that they should turn out again?”

She lamented cuts and compromises that were made in the Build Back Better Act, the $2 trillion social-spending package, and the bipartisan infrastructure bill as not following through on promises.

“Let’s not go around and say, ‘We’re going to replace every lead pipe in this country,’ because according to the bipartisan infrastructure plan, that is not going to happen. That has not been funded,” she said.

“And this notion that saying ‘We’re not Trump’ is enough — this is such a deeply demoralizing message,” she told The Times.

Progressive and centrist Democrats have clashed over Biden’s domestic agenda, especially on the social-spending package that underwent major cuts after opposition from Sens. Joe Manchin and Kyrsten Sinema over the summer.

The bill includes funds for universal preschool, child tax credits, and the expansion of Medicare, among other items. It passed the House Friday and now heads to the Senate where it needs the support of every Democrat in order to pass.

Ocasio-Cortez told The Times that if the bill passes the Senate as is then Democrats “have a shot to go back to our communities and say we delivered.”

In memoriam of Apple HomePod, which brought Siri into my home

Baby’s Breath Makes Great Tree Filler, and You Can Find It at Trader Joe’s

Despite regulatory woes, Binance aims to become registered crypto firm in the U.K