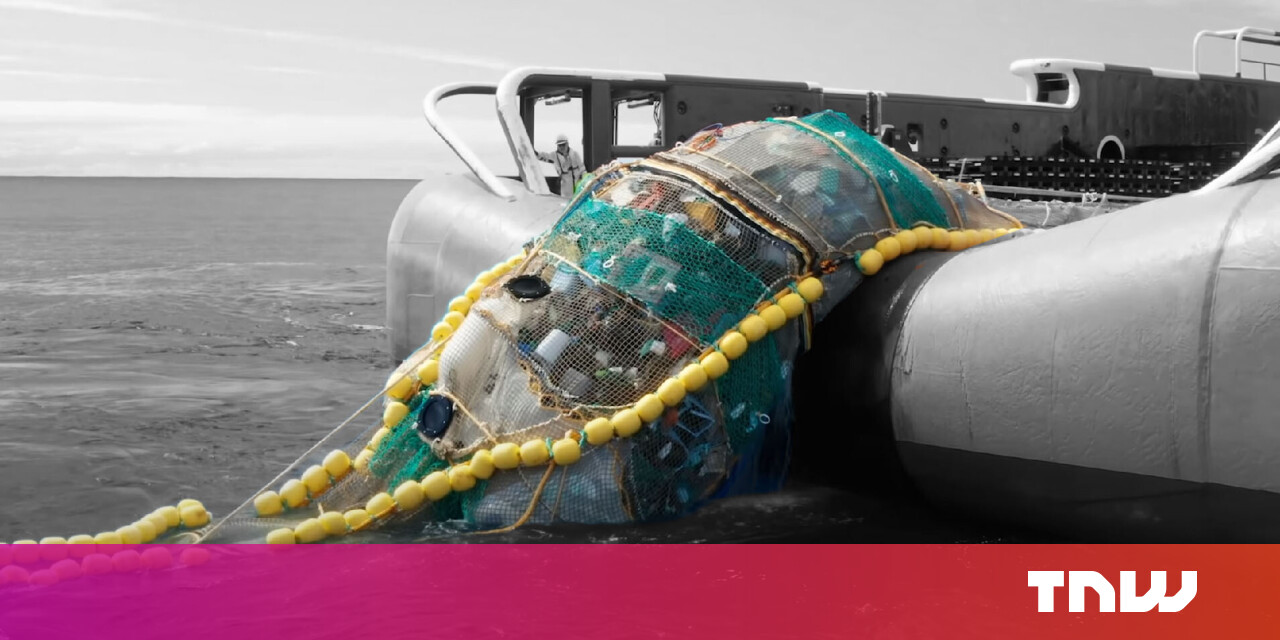 We’ve made a mess of the Earth’s oceans.

The Great Pacific Garbage Patch (GPGP) — which is exactly what it sounds like — is estimated to cover an area of over 1.6 million square kilometers (620,000 square miles). It contains thousands of tons of plastic waste, and more plastic flows into the oceans around the world from rivers every day. Worse, the rate of plastic discarded into the ocean seems to only be growing.

Luckily, the folks at The Ocean Cleanup have been trying to mitigate some of the damage we’ve caused to the planet (you know, besides global warming). It’s in the name: the organization dedicates itself to removing trash from the ocean, as well as intercepting it before it gets there.

That process can be pretty satisfying to watch too. If you’re the type of person that enjoys videos of dirty cars being power washed and phones getting years of gunk removed, then watching literal tons of debris be removed from the ocean might tickle the same part of your brain — and warm your heart too.

13,875 kg of trash being removed from the ocean

Let’s start with the main attraction. The video below shows The Ocean Cleanup’s current flagship vessel, the System 002, collecting 13,875 kg (30,589 lb) of plastic over three deployments to the GPGP. No big deal or anything.

As of February, The Ocean Cleanup has removed a whopping 55,020 kg (121,298 kg) of debris from the GPGP. That’s nothing to scoff at, but it’s still only 1/1500th of the trash estimated to be contained in the GPGP — let alone throughout the world.

For how it all works, check out this explainer video:

Stopping literal tons of trash from reaching the ocean

You can’t keep the oceans clean by only removing the trash that’s already there; you need to prevent new trash from joining the pile too. To that effect, The Ocean Cleanup has been deploying “Interceptor” machines stationed where rivers meet the ocean to catch trash before it’s too late.

The Interceptor 003 on Vietnam’s Can Tho River has prevented over 61,109 kgs of trash from reaching the ocean since it began testing in December 2021.

Why is the ocean full of eel traps?

Fishing nets are common culprits in oceanic pollution, but did you know eel traps are a thing too?

They’re actually one of the most common items found in the Great Pacific Garbage Patch — as the below video points out.

It turns out all sorts of weird consumer products end up in the ocean. As shown in the video below, some choice finds include:

And a lot more. If it has plastic in it, chances are it’s going to end up in the ocean someday.

Of course, all that plastic pulled out of the ocean needs to go somewhere.

To help fund its efforts, The Ocean Cleanup created a pair of sunglasses as a proof-of-concept for how ocean plastic could be put to sustainable good use. What’s more, the glasses are produced in a way that buyers can trace the plastic through various stages of manufacturing all the way back to the GPGP.

It’s just one product so far, but The Ocean Cleanup says more recycled plastic products are on the way. We’ve also seen manufacturers like Dell and Microsoft use recycled ocean plastic on some of their products too.

Clearly, there’s still a lot of work to be done. But with new cleaning and interception vessels on the way, as well as support from partners and governments around the world, The Ocean Cleanup projects it will be able to remove 90% of ocean plastic by 2040.

Did you know Boyan Slat, founder and CEO of The Ocean Cleanup is speaking at the TNW Conference on June 16? Check out the full list of speakers here.