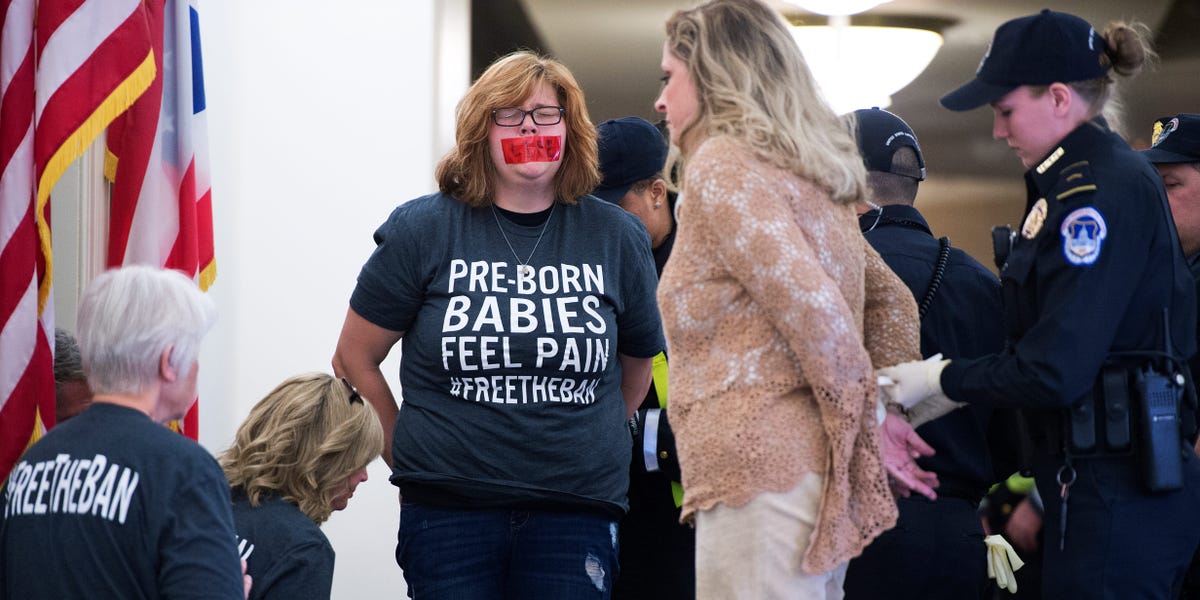 Police found five fetuses in the Washington DC home of anti-abortion activist and self-proclaimed “Catholic anarchist” Lauren Handy on March 30. But earlier this week said she claimed she had handled another 110.

Speaking at a news conference on Tuesday, the Progressive Anti-Abortion Uprising (PUUA), said Handy and Terrisa Bukovinac, the founder and director of PUUA,  took 115 fetuses after an occupation of the Washington Surgi-Clinic on March 25, the Washingtonian reported.

They claimed that when they left the clinic — where Bukovinac said they were “engaging in anti-abortion advocacy” — they saw a biohazard waste truck from Curtis Bay Medical Waste Services, said various reports.

Bukovinac says they approached the truck driver, informed him there were “dead babies” in his boxes, and asked if they could take them “to give them a proper burial.” He allegedly agreed, per the Washingtonian.

Bukovinac said they analyzed the box contents in Handy’s apartment. She says they found the remains of 110 first-term fetuses, all of which they say received a “Catholic funeral” in an undisclosed location, after a priest claimed to bless the remains, reported to the Washingtonian.

Curtis Bay Medical Waste Services told local news outlet WUSA9 that they do not manage fetal remains and denied one of their drivers gave such contents to Bukovinac or Handy.

The police have rejected Handy and Bukovinac’s claims that the five fetuses were aborted outside of the abortion restrictions within Washington DC but are investigating how the fetuses got to Handy’s residence.

In Washington, abortions are legal until the pregnancy is viable, roughly 23 weeks into a pregnancy. However, late-term abortions (after 23 weeks) are also permitted for medical reasons.