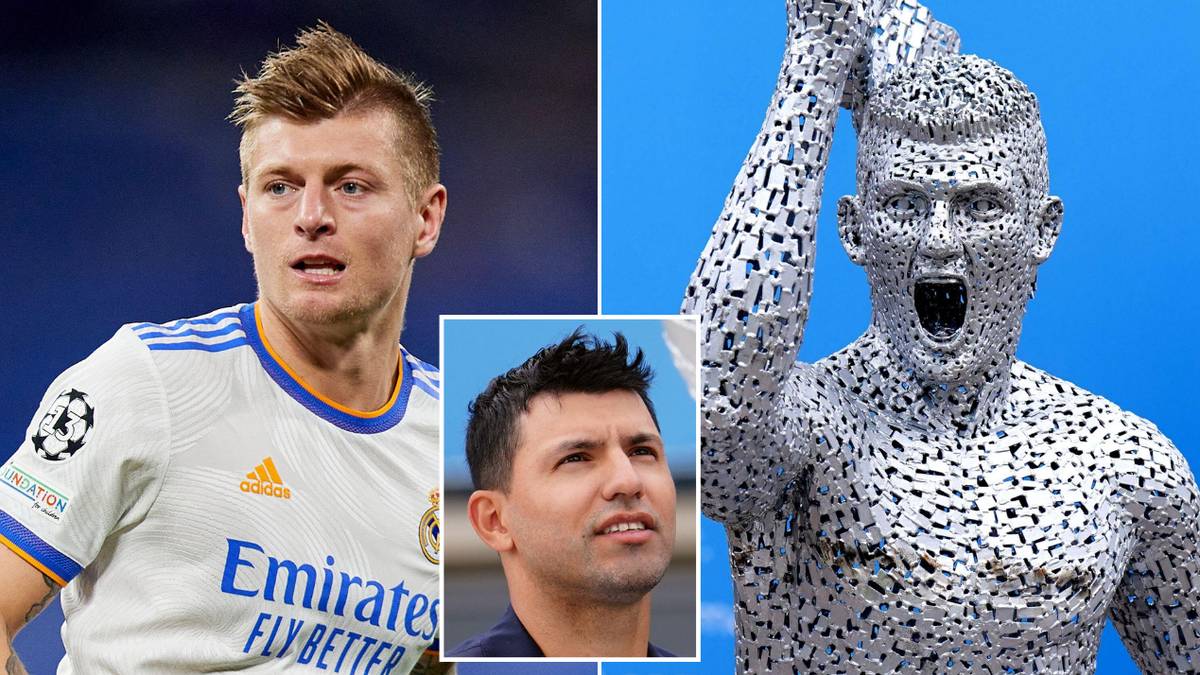 Real Madrid midfielder Toni Kroos has poked fun at Manchester City over their new statue of record goalscorer Sergio Aguero.
The statue was created by award-winning sculptor Andy Scott, who also made the busts of fellow legends Vincent Kompany and David Silva that sit outside the stadium.

But the statue of Aguero was immediately mocked after its unveiling for a lack of resemblance to the former Argentina international.

Fans were quick to point out that it appeared to look more like Kroos, who has now had his say on Twitter.

Responding to a tweet that featured an image of statue with the caption “Sergio is here”, Kroos responded: “Sure?”

Aguero becomes the latest player to have a dodgy statue erected in his honour, joining the likes of Luis Suarez, Michael Essien and Mohamed Salah.

Perhaps the most famous football statue of recent years is the infamous bust of Cristiano Ronaldo, unveiled at Madeira International Airport in 2017.

The sculpture was widely mocked for a lack of resemblance to the Portugal international.

While his own statue has already become the target of jokes, Aguero says he feels honoured to have it outside the Etihad.

… Why have they built a statue of Tony Kroos?

🤷‍♂️ “I’ve just seen Aguero’s statue…It looks nothing like him!”

Alan Brazil give his honest assessment of the Sergio Aguero statue that #MCFC have unveiled today 😅😅 pic.twitter.com/HCANSKcKd5

“Truthfully, it is a very beautiful thing for me, to see myself 10 years ago is very moving,” said Aguero, who scored 260 goals in 390 games for City.

“In those 10 years I was able to win a lot of trophies and was able to help the club become one of the most important in the world.

“I am very grateful to the club for making this statue in recognition of my football career in Manchester.

“It is something very special.”