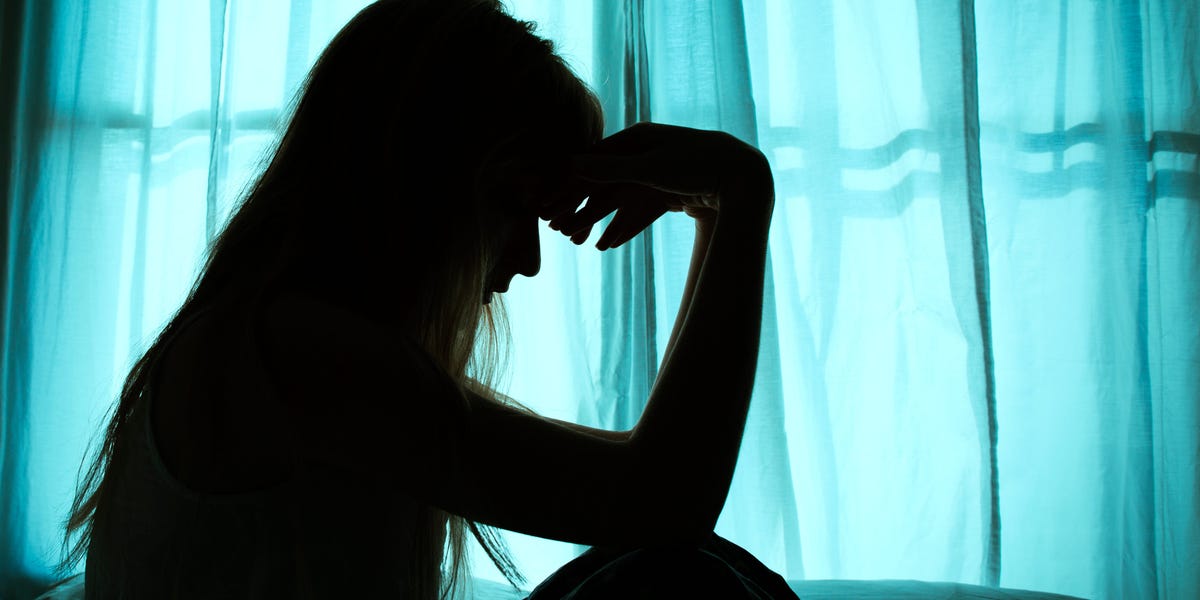 Dissociation is a mental process where someone feels disconnected from their emotions, memory, and sense of self, according to Mental Health America.

Mild dissociation might occur if you get lost in a book or find yourself zoning out of a conversation. Occasional dissociation as a behavior is not harmful, but in more severe cases, it can be a defense mechanism to protect the brain from trauma, psychologist Rebecca Semel told Insider.

Between 1–1.5% of the global population has DID, according to recent estimates, which develops when someone experiences trauma which causes their mind to fracture. DID is characterized by the involuntary creation of altered states of consciousness, which may present as distinct personalities, according to Mayo Clinic.

People who are diagnosed with DID and other dissociative disorders may find that it impacts their daily functioning and puts stress on their relationships, as they may seem distant, confused, or forgetful.

Feeling “out of it” for one day doesn’t mean you have a dissociative disorder, but if you find yourself losing chunks of time or feeling like you’re outside your body several times a week, it could be something to discuss with a professional, Semel said.

You find yourself ‘losing time’

Dissociating may be conflated with “zoning out” because in both cases, people can forget a period of time as if they were never there.

Also known as “losing time,” this feature of dissociative disorders is often associated with traumatic events. A clinical diagnosis of dissociative amnesia must be specific to a certain time, and it may occur suddenly, according to the Mayo Clinic.

“Someone might have been trying to talk to you, and you suddenly look like you don’t know what they’re saying, or you might lose those few minutes of time that you have dissociated,” Semel said. “It’s like you’re not present in your body at that time.”

You find yourself going ‘outside your body’ in times of stress

Some people describe looking down at their hands as if they belong to someone else, while others feel like they are floating above their bodies and watching life on the ground, Semel said.

For instance, someone with a history of emotional or verbal abuse may find themselves “out of body” mid-argument, to the point where they feel like they’re watching actors in a movie. Even if the argument doesn’t specifically relate to prior trauma, it still has the potential to trigger deeply rooted anxiety.

As a clinical psychologist, Semel’s job is to ask questions about what feelings preceded the moment of dissociation so she can help patients work through those emotions.

“If you really feel like you’re outside of your body multiple times a day or every day in a week, then that’s probably a sign something more serious is going on,” she said.

People who dissociate also report feeling disconnected from themselves and their emotions, Semel said. The brain may be defending itself from emotions associated with traumatic events, which isn’t necessarily a bad thing, unless it becomes chronic.

“It’s almost like a shield going up,” Semel said. “It’s your brain sort of protecting you from negative feelings, from trauma and traumatic experiences.”

The world around you doesn’t feel real

Other symptoms of dissociation include feeling like the world around you is not real, or derealization. This may feel like time is either slowing down or moving fast, Semel said, or the people around you may appear distorted or unreal, according to Mayo Clinic.

If you have symptoms of dissociation that are keeping you from your loved ones, work, or school, it could be time to see a mental health professional, Semel said.