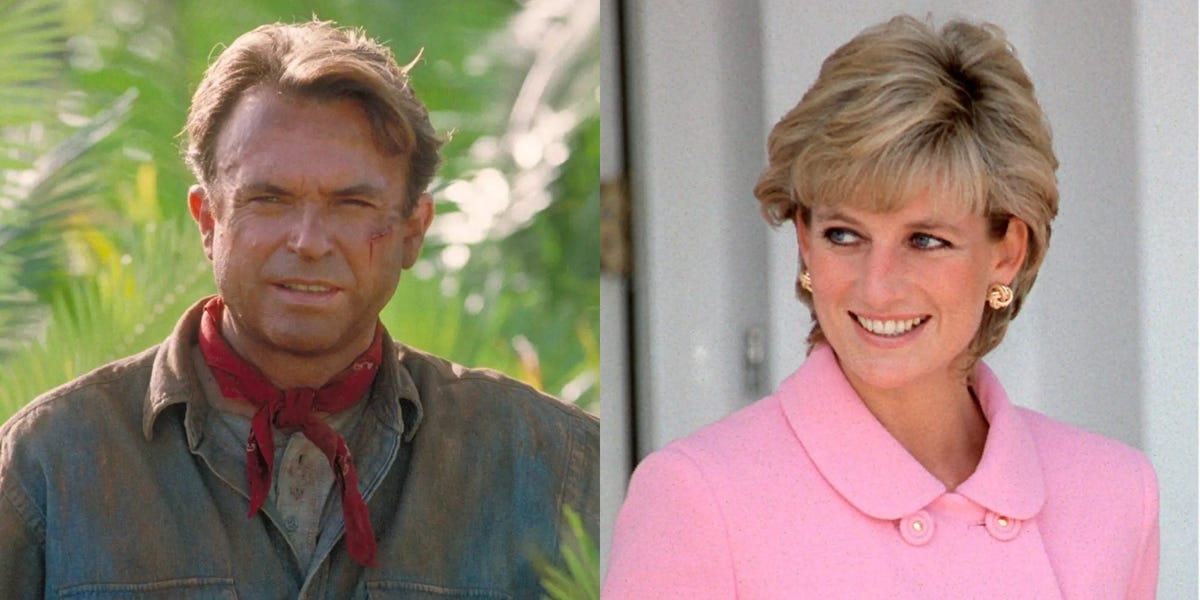 “Jurassic Park” star Sam Neill hilariously recalled the last time he watched the film all the way through — and it included Neill’s 11-year-old son and Princess Diana.

“The last time I watched it in its totality was sitting beside Princess Di at Leicester Square at the London opening,” Neill told the New York Times in a recent interview. “On the other side of me was my son Tim — he was 11 and completely swept away by it.”

But Neill revealed that his son got a little too carried away with the events of the film.

“About the time the T-Rex turns up, Tim started to fart. And the draft was drifting across me to royalty!” the “Possession” actor said.

“I spent the whole film in a muck sweat, thinking, ‘Princess Di is being exposed to the horrors of a little boy’s fart, but she’s going to think it’s me. I am going to be subliminally blamed for my son’s crimes, and I don’t think she’ll talk to me afterwards,'” Neill continued, adding: “But she was well brought up and never mentioned it.”

Neill’s “Jurassic Park” costar Jeff Goldblum also weighed in on the anecdote, telling the Times, “I’ve heard him tell that a couple of times, and it’s just amazing the lengths that he will go to still blame the boy.”

The trio recently reunited for the new film “Jurassic World: Dominion,” the latest in the franchise now lead by Chris Pratt and Bryce Dallas Howard.