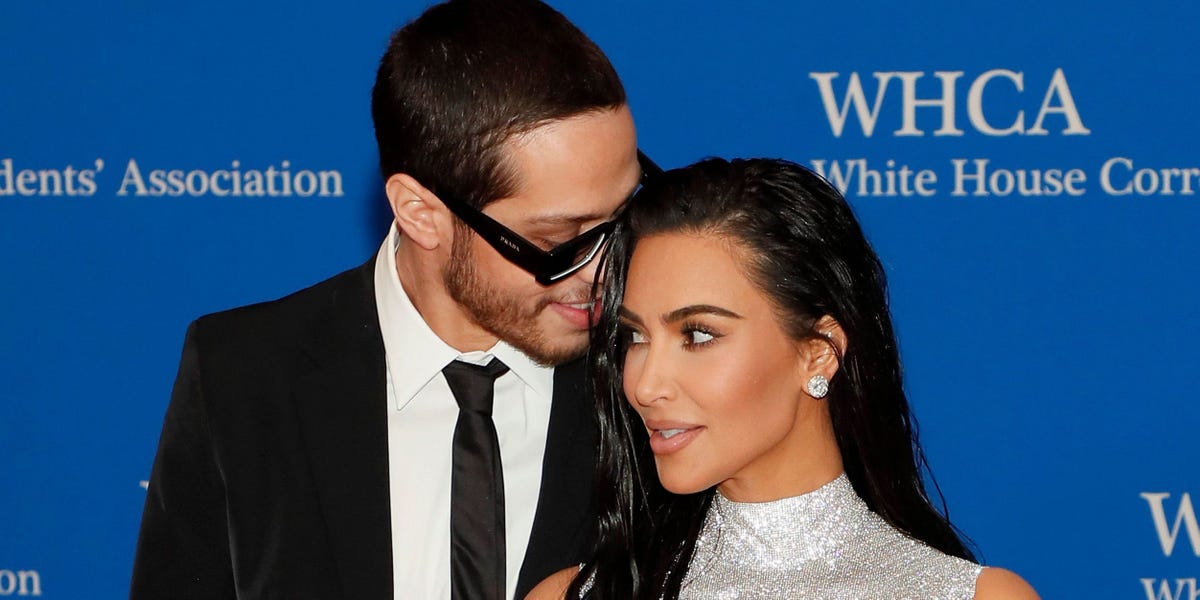 Kim Kardashian said Pete Davidson told her that she’d become “obsessed” with him after just a few months of dating.

In episode nine of “The Kardashians,” Kardashian opened up a bit about her relationship with Davidson, who she was first publicly linked to in October 2021. By this point in the show’s filming, they had been dating for a “few months,” according to Kardashian.

“We’re doing really, really good,” she said during a confessional. “Pete said, ‘I’m gonna grow on you, just wait.’ He’s like, he knew. He’s like, ‘I give it four months in and you’re gonna be obsessed.’ And I was like, ‘Okay, we’ll see.'”

Davidson first referred to Kardashian as his girlfriend in February. In the months since, the couple has begun to appear in public, with Davidson accompanying Kardashian to the premiere of her Hulu show and the couple attending the White House Correspondents Dinner together in April.

While Davidson has yet to appear on “The Kardashians,” Kardashian has begun to discuss their relationship more and more on the show. Still, she’s keeping some things private: She told a producer that she didn’t know if it was “any of your business” if she was in love with him.

In the episode, Kardashian travels to the Dominican Republic to shoot for a Skims campaign and a swimsuit cover of Sports Illustrated. Davidson sent her a gift to enjoy on the plane ride there: a container of Dibs, the ice cream snack, which a flight attendant brought to Kardashian during the flight.

“It was just such a cute gesture,” Kardashian said later in the episode. Reality star Natalie Halcro, Kardashian’s friend, said that the gift didn’t seem like it was something he would stop doing once he and Kardashian were out of the early, “honeymoon phase” of their relationship.

“He’s totally like that,” Kardashian said. “Just even little things, you know, that he’s gotten me that are just really thoughtful.”

“Pete is such a good, good person. I can’t even explain it,” Kardashian then said in a confessional. “He just has the best heart and always, like, thinks of the small things.”