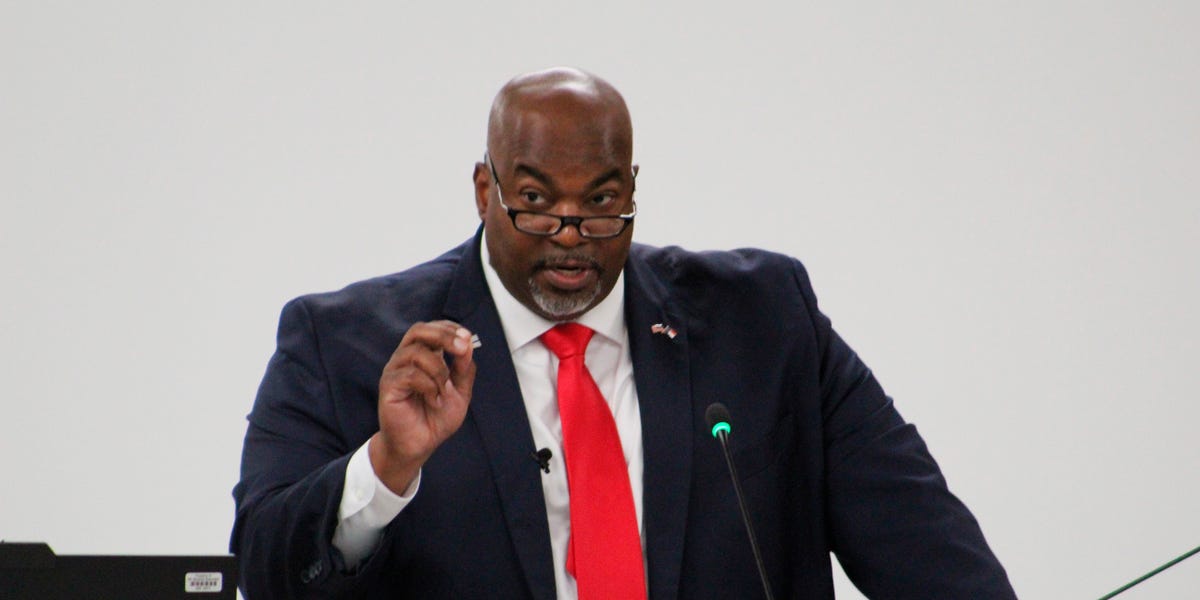 Mark Robinson, lieutenant governor of North Carolina, said straight people are “superior” to gay people as he gave a sermon at a church.

Robinson was speaking at a church in the city of Winston-Salem on November 14 when he made the remarks captured on video, The Charlotte Observer reported.

He said this was because two men could not conceive a child together.

“These people are superior because they can do something these people can’t do,” he said. “Because that’s the way God created it to be. And I’m tired of this society trying to tell me it’s not so.”

Watch him speak here, in a video recorded from the church:

He is rumored to be preparing a bid for governor and was introduced in the church as the state’s “next governor.”

He said that “there’s no reason anybody anywhere in America should be telling any child about transgenderism, homosexuality — any of that filth.”

He was speaking in another church at the time.

He refused to resign after he was criticized for his comments by lawmakers and the White House.