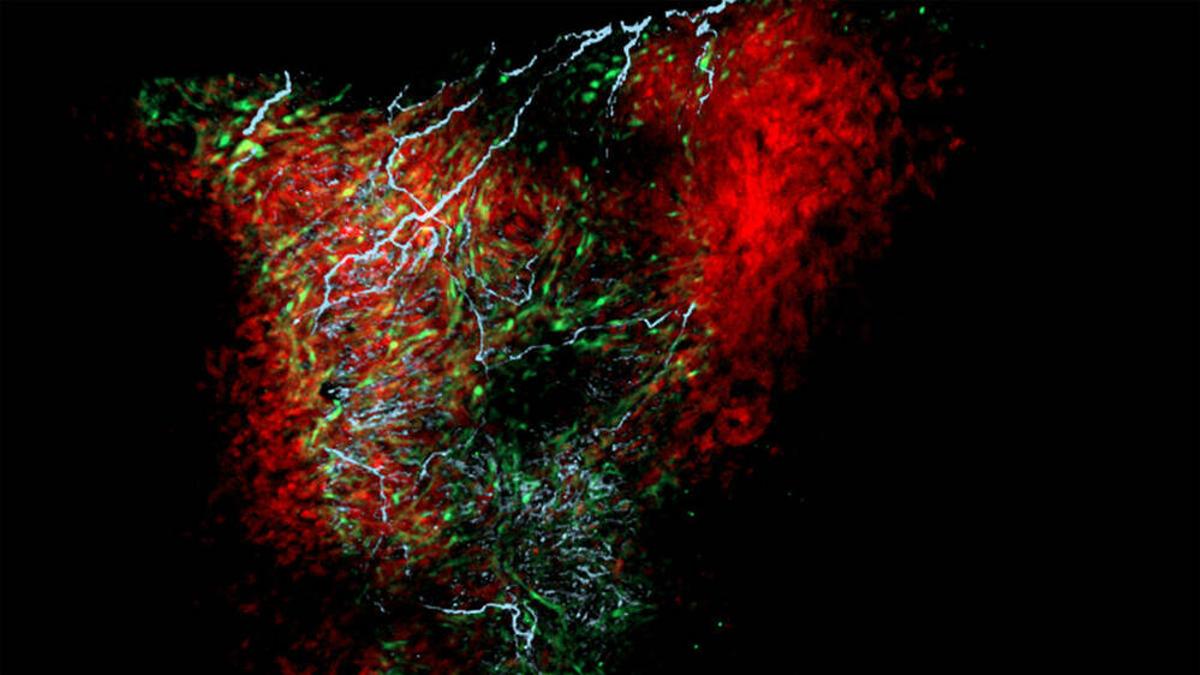 Scientists have discovered a new type of cell in the heart. The cells, now named nexus glia, seem to help regulate heart rate and rhythm, and the team says they may unlock new understandings of some heart defects and diseases.

Glial cells are found in the brain and nervous system, where they provide support and structure for neurons. They can also be found in some major organs, where the peripheral nervous system extends into them, but until now, no glial cells had ever been found in the heart. So for the new study, researchers at the University of Notre Dame set out to search for them.

And sure enough, while examining zebrafish hearts they found cells that resemble astrocytes, a type of glial cell found in the brain. Follow-up investigations also turned up the new cells in mouse and human hearts as well. The new cells, which the researchers named nexus glia, are located in the outflow tract, which is part of the structure that blood moves through on its way out of the heart.

Further investigations suggest that nexus glia play a key role in regulating heart rate and rhythm. When the team removed the cells from the hearts of animals, their heart rate increased. In animals that were engineered to lack a gene that drives the development of the glial cells, their heartbeat became irregular.

The team says that the discovery could have implications for certain types of defects and diseases that affect the heart. Some of those conditions are associated with irregular or rapid heartbeats, and intriguingly, many congenital heart defects are located in the outflow tract, where the nexus glia have been found. The scientists say that it’s still too early to tell, but the find can open up new avenues for future research.

“We don’t completely know the function of these cells, but the concept that if you get rid of them, heart rates increase, could link it to certain disease cases,” says Cody Smith, lead researcher on the study. “I think these glial cells could play a pretty important role in regulating the heart. It’s a discovery that now we have 100 questions we didn’t even know existed, so we’re following up on them to explore this path that has never been studied before.”

The research was published in the journal PLOS Biology.