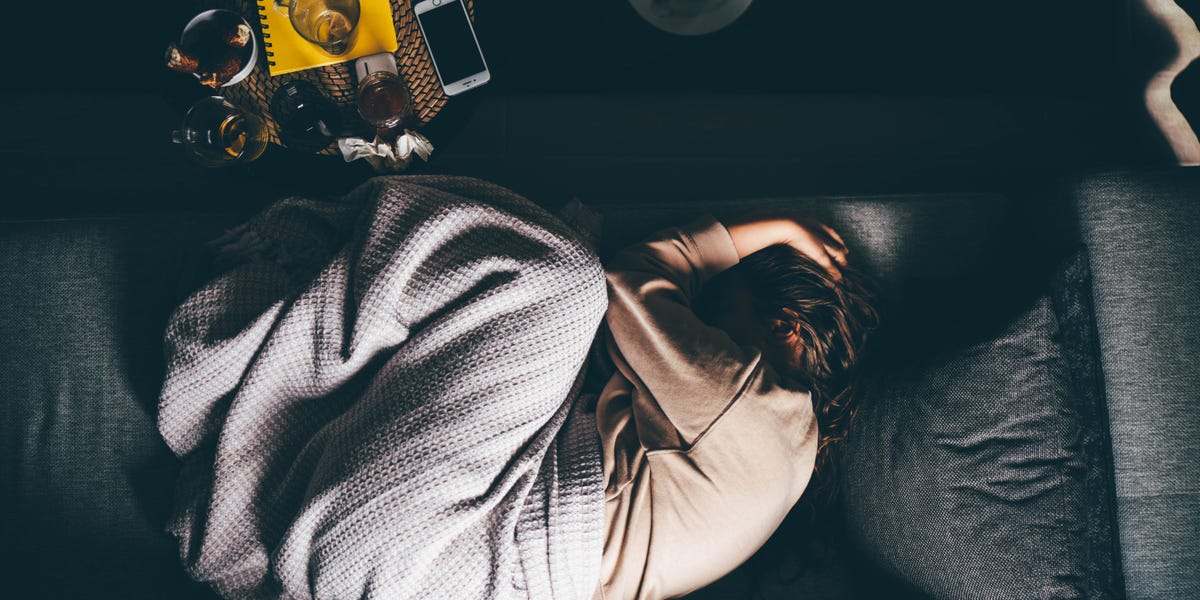 “Call me ASAP!” the comment on my TikTok video read, publicly telling me that my ex-husband passed away and no one could get ahold of me.

This can’t be real, I thought. This has to be some disturbing ploy to contact me.

I called my best friend, hands shaking, and read her the comments on my videos.

“Is this real?” I asked, barely forming coherent sentences and asking her what to do.

“I’ll ping you when I know more,” my friend said. She reached out to my ex’s best friend to find out the truth.

I sat and waited, staring at my phone — the room swimming into a blur. It was like time stopped and my heart had forgotten how to beat.

I was in shock

I spent the rest of the night on the couch listening to the details of what happened. It was confusing. How was the world still turning if he wasn’t here? Why didn’t he say goodbye?

I learned quickly that shock and grief don’t think logically.

I had cut off contact with him in December 2020, yet my mind kept racing with the thought, “How could he leave without saying goodbye?”

Our marriage didn’t end because I didn’t love him. It ended for many other reasons, including that I saw this coming.

As a wife, I went into immediate terror. He was spiraling. Less than two months later, our marriage ended.

I was villainized for being controlling. My pleas to get him help were ignored and, again, made me the bad guy. It got to the point where I could no longer stay.

This ending was going to happen whether I was there or not. The only question was: Would I choose to destroy my life in the process too?

There’s no manual for this

The weird part was that I had felt his energy all last week. I kept feeling like there would be an email from him, and when I laid down at night, it felt like he was holding me.

I hadn’t felt anything like that since before I left, and then all of a sudden, it made sense in the worst way possible.

The first two days I spent in shock. Then Monday rolled around. I felt like I had been crushed to my bed. Heavy, flat parts of me stuck to the mattress and sheets and were impossible to peel off. I couldn’t get out of bed for days.

But I’m not a widow, and there’s no standard for how I’m supposed to feel that’s recognized by the rest of the world. Nevertheless, I am a woman grieving the loss of a man she loved, while trying to figure out the next step and stay functional.

Even though being together was conditional — the love wasn’t.

I may have never planned to see or speak with him again, but now it’s a certainty.