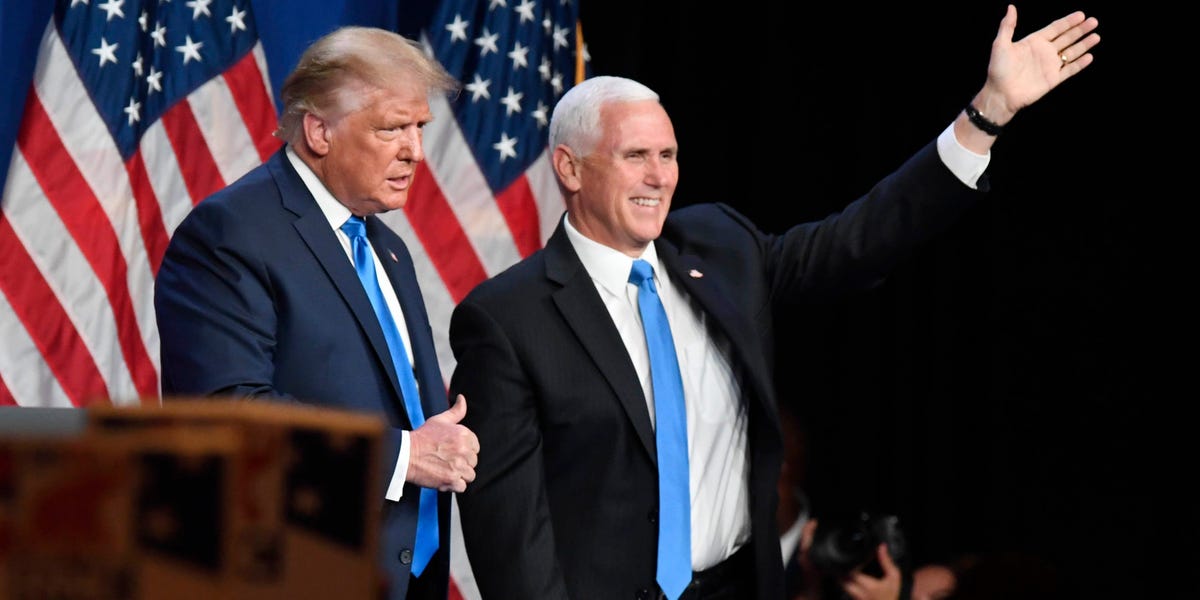 According to a report by The Wall Street Journal, Pence made the comments to the Republican Governors Association in a private speech this week.

“I want to be clear,” Pence said. “I’m going to be supporting incumbent Republican governors.”

About half of the 16 Republican governors up for re-election next year are facing primary challenges from opponents endorsed by Former President Donald Trump or otherwise inspired by him, the paper reported.

Trump spokesman Taylor Budowich told the Journal that the former president will remain an “active and defining voice in gubernatorial races” to challenge “radical Democrats” and “weak Republicans.”

For next year’s gubernatorial races, Trump has endorsed Idaho challenger Janice McGeachin who he called a “true supporter of MAGA,” and Massachusetts challenger Geoff Diehl, who he described as “a true patriot.”

He has criticized ​Massachusetts’ incumbent governor Charlie Baker, who he called a RINO— a “Republican in Name Only.”

The former president has regularly lashed out at members of the Republican establishment who he feels have not been supportive enough of him.

He has vowed to oust “disloyal” Republican lawmakers who voted against him in his second impeachment trial and has reportedly sought to depose Senate Republican leader Mitch McConnell.

Despite Trump still holding sway over the Republican Party, several GOP governors have decided they are better off giving priority to local issues and constitutional obligations than blindly supporting the former president, the Journal’s report said.

Pence’s promise to support incumbent Republican governors could signify a deepening rift with his former boss.

During Trump’s tenure, the vice president never broke ranks with his boss or spoke out publicly against him.

A split between the two emerged following the January 6 Capitol attack, which Pence has said he and Trump might never “see eye to eye on.”

Trump had publicly railed at his vice-president for not having the “courage” to reject the results of the 2020 election.

A small restaurant chain in Canada is plowing all of its profits into bitcoin. Its returned 460% on its investment and is tripling locations during the pandemic | Currency News | Financial and Business News