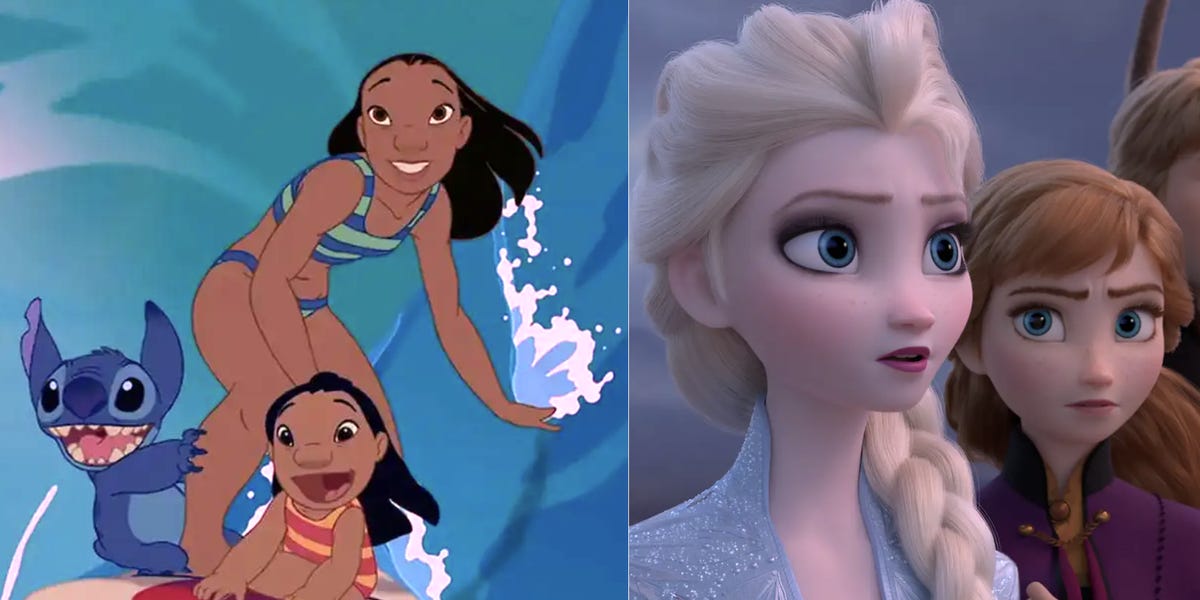 The co-director of “Lilo & Stitch,” which was released in 2002, would have you know that his film prioritized sisterhood over a romantic storyline long before “Frozen” ever did.

“To be clear, I think ‘Frozen’s’ great,” Chris Sanders told The New York Times. “But it was a little bit frustrating for me because people were like, ‘Finally, a non-romantic relationship with these two girls,’ and I thought, ‘We did that! That has absolutely been done before.'”

When “Frozen” was released in 2013, it was widely praised for breaking the tradition of Disney princesses needing to be saved by a prince. Instead of focusing on a typical romantic storyline, the film honed in on the relationship between sisters Anna and Elsa.

“Lilo & Stitch,” which celebrates its 20th anniversary this year, is centered on Lilo and her alien friend Stitch. It also explores the bond between Lilo and her older sister Nani, who raised Lilo after their parents died.

“Lilo” went on to earn $273 million worldwide, while “Frozen” crossed the coveted $1 billion mark at the box office, according to Box Office Mojo.

Still, the realistic characters in “Lilo” certainly garnered plenty of praise at the time, according to the film’s producer, Clark Spencer.

“When the film came out, that’s what a lot of critics talked about,” he told The Times. “Those moments that were based in reality in a way that people could see themselves in, and it didn’t feel like they were cartoon characters.”