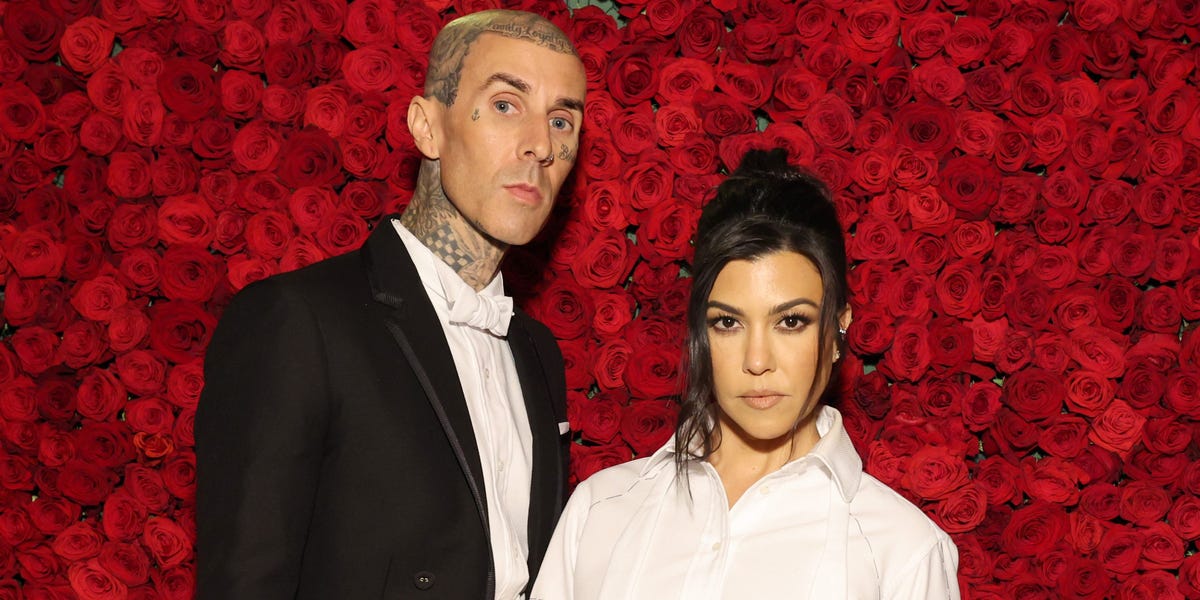 Kourtney Kardashian called out paparazzi for “monetizing” her husband Travis Barker’s medical crisis in an Instagram post on Saturday.

Both Kardashian and Barker posted to social media over the weekend, updating their followers on Barker’s condition, Insider previously reported. In a series of tweets, Barker said that during an endoscopy on June 27, he had a small polyp removed in a “very sensitive area” that led to damage to a pancreatic drainage tube, resulting in “severe life-threatening pancreatitis.”

He reassured people that he was doing “much better” following treatment. According to Today, Kardashian also thanked her followers for their “prayers,” which Barker’s daughter had previously asked for on social media.

In a subsequent post on Instagram, Kardashian addressed paparazzi, according to screenshots preserved by the Instagram account @kardashiansocial that were cited by BuzzFeed News. In the post, she pushed back on allegations that she had left Barker’s side, saying that paparazzi had released weeks-old photos of her to make it appear that she had not been at the hospital.

“To the paparazzi who sold pictures of me ‘out and about’ while my husband was in the hospital fighting for his life…these were photos actually taken weeks ago,” Kardashian wrote, saying that she couldn’t remember the last time that she wore the sweatsuit pictured in the photo.

Kardashian did not specifically name any companies or media outlets that had published such photos. TMZ published a story on June 30 reporting that Kardashian had been spotted on Wednesday at a shop in Encino, California. The story was later updated with a note saying that the photo agency that had licensed the pictures represented that they were taken Wednesday, but that sources close to Kardashian said that the photos were weeks old and she had not left Barker’s side at the hospital.

“I didn’t forget about you,” Kardashian continued in her Instagram story post. “A new level of low, monetizing off of our nightmare. Really savagely uncool when I actually didn’t leave his side…shame on you.”