Kevin McCarthy Said No One Elected Biden to Be FDR, AOC Shouts ‘I Did!’ 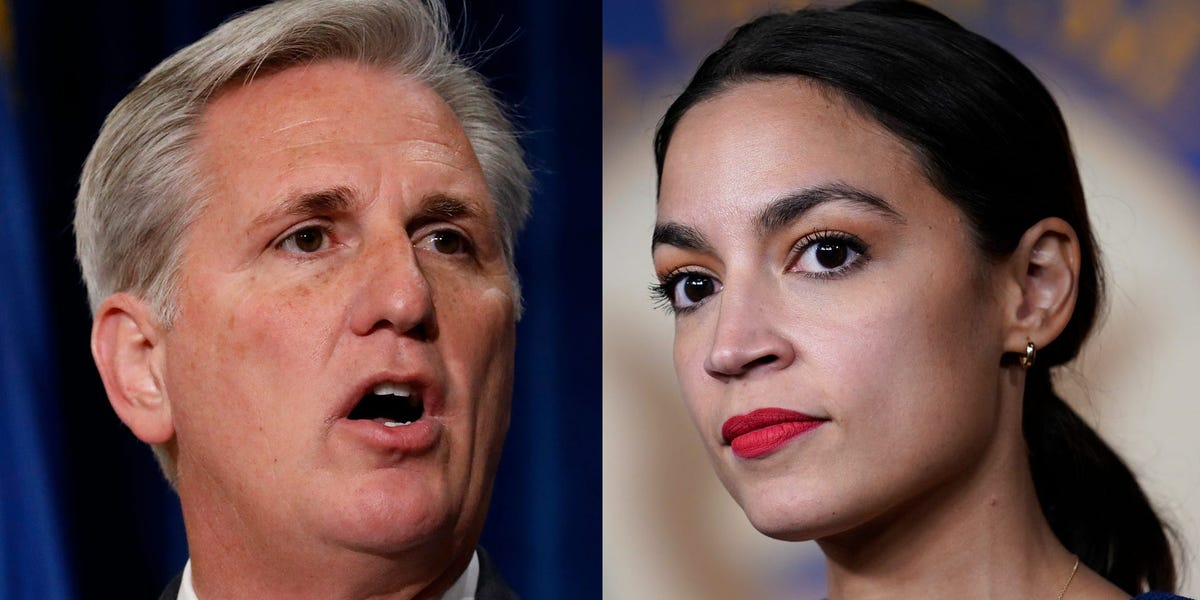 Rep. Alexandria Ocasio-Cortez chimed in during House Minority Leader Rep. Kevin McCarthy’s more than three-hour speech on the House floor Thursday night ahead of a vote on the Democrats’ social-spending bill.

During his speech, which was ongoing at the time of publication, McCarthy, a Republican from California, quoted a recent remark made by Democratic Rep. Abigail Spanberger.

Ocasio-Cortez, a progressive Democrat from New York, audibly shouted, “I did!”

The $1.75 trillion Build Back Better Act is a social-spending bill that includes funds for universal preschool, child tax credits, and expansion of Medicare, among other items.

The Democrats plan to use reconciliation to pass the bill, which means it could pass without the support of any Republicans.

McCarthy’s speech Thursday night delayed the vote on the bill in the House. If it passes, the bill heads to the Senate for a vote, where it could still tank if any moderate Democrats don’t vote in favor.

Is a Daredevil Disney Plus show in the works?

A single mom was killed at home in 2001. DNA inside a conch shell led to a murder charge against a pallbearer at her funeral.