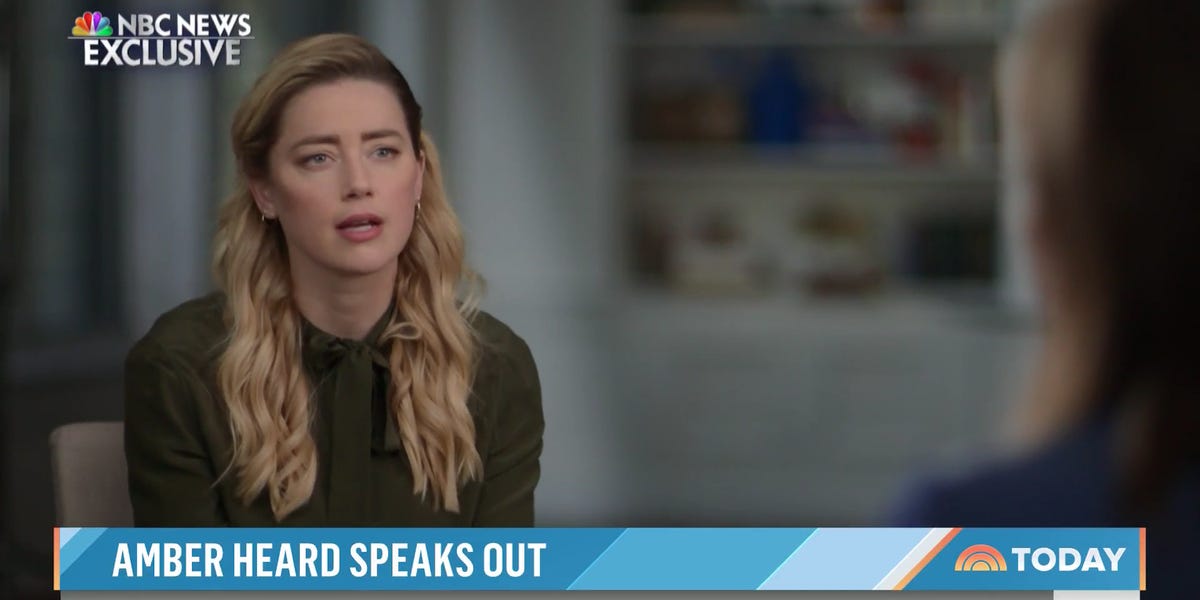 Amber Heard admitted that many people viewed her defamation trial with Johnny Depp as “Hollywood brats at their worst,” but said that there were more important issues at play.

Heard sat down for her first post-trial interview with the “Today” show’s Savannah Guthrie, which is airing Tuesday, Wednesday, and in an hour-long special on Friday.

A Fairfax County, Virginia, jury largely sided with Depp after a six-week defamation trial centered on allegations of domestic-violence allegations.

But the jury ultimately didn’t find Heard trustworthy, siding with Depp on all three of his defamation complaints, and awarding Heard just one of her three counterclaims.

Guthrie told Heard in a portion of their interview, which aired Tuesday, that many casual viewers didn’t have much respect for either Heard or Depp throughout the six-week trial.

“For some people, they were just frankly disgusted by the whole thing and don’t have much sympathy for either one of you. Can you understand that?” Guthrie asked.

“Absolutely,” Heard said. “I would not blame the average person for looking at this and how it’s been covered and not think that it is Hollywood brats at their worst. But what people don’t understand is it’s actually so much bigger than that.”

Heard went on to say that the case was about the First Amendment right to free speech.

When Guthrie pointed out that there were limits to the First Amendment, and that it doesn’t protect people who lie and ruin the reputations of others in the process, Heard said she stood by the truthfulness of her testimony.

“My understanding of what that means is not only the freedom to speak, it’s a freedom to speak truth to power … and that’s all I spoke. And I spoke it to power and I paid the price,” Heard said.