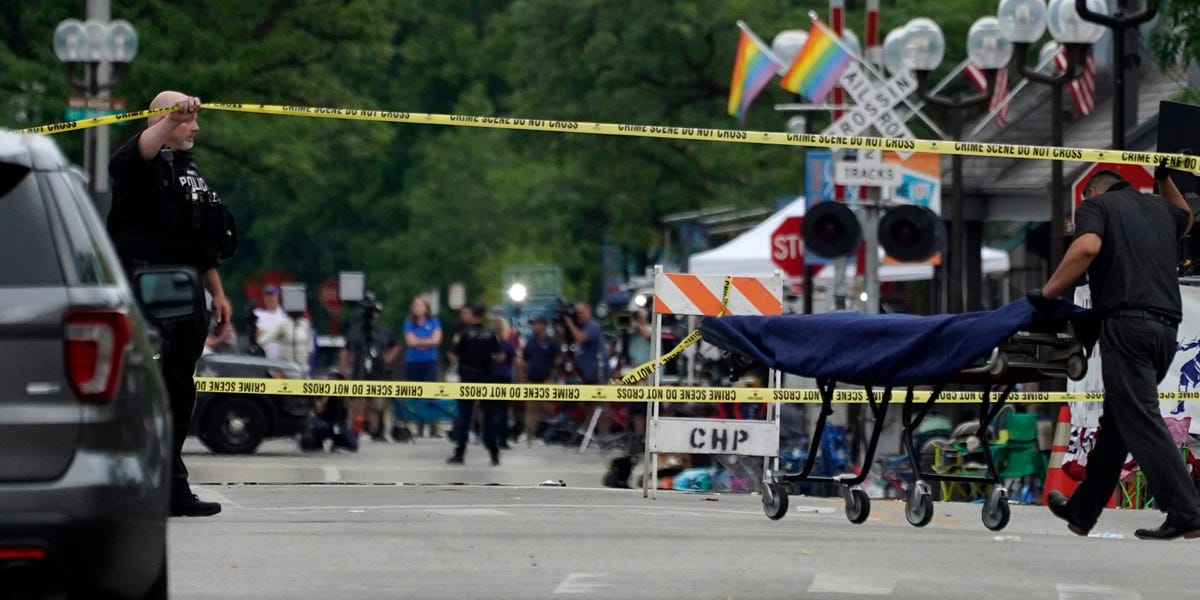 The Highland Park, Illinois, mass shooting suspect legally obtained the weapon used in the deadly Fourth of July parade massacre, the city’s mayor said on Tuesday as she slammed the United States for its “gun culture.”

Highland Park Mayor Nancy Rotering said during an interview on NBC’s “Today” show that she did not know where the gun used in Monday’s shooting came from but said, “I do know that it was legally obtained.”

Six people were killed and dozens were injured when a shooter opened fire at an Independence Day parade in the Chicago suburb.

Officials said they recovered a “high-powered rifle” from the scene of the rampage, which comes on the heels of deadly mass shootings in Uvalde, Texas, and Buffalo, New York.

“There are weapons of war on our streets that people can legally obtain and take out dozens of people,” Rotering said.

“I think at some point this nation needs to have a conversation about these weekly events involving the murder of dozens of people with legally obtained guns,” the Democratic mayor added. “If that’s what our laws stand for, then I think we need to reexamine the laws.”

Rotering said her community attended the parade to “celebrate our nation.”

“As a result, because of this gun culture, our nation turned its back on us,” she said.  “I don’t know how many more of these events need to occur.”

The mayor said during the “Today” show interview that she knew the parade shooting suspect as a child from the Cub Scouts.

“I know him as somebody who was a Cub Scout when I was the Cub Scout leader,” she said. “He was just a little boy.”

She added: “And it’s one of those things where you step back and you say, ‘What happened? How did somebody become this angry, this hateful?’ To then take it out on innocent people who literally were just having a family day out.”

The suspect was arrested on Monday following a two-hour manhunt.