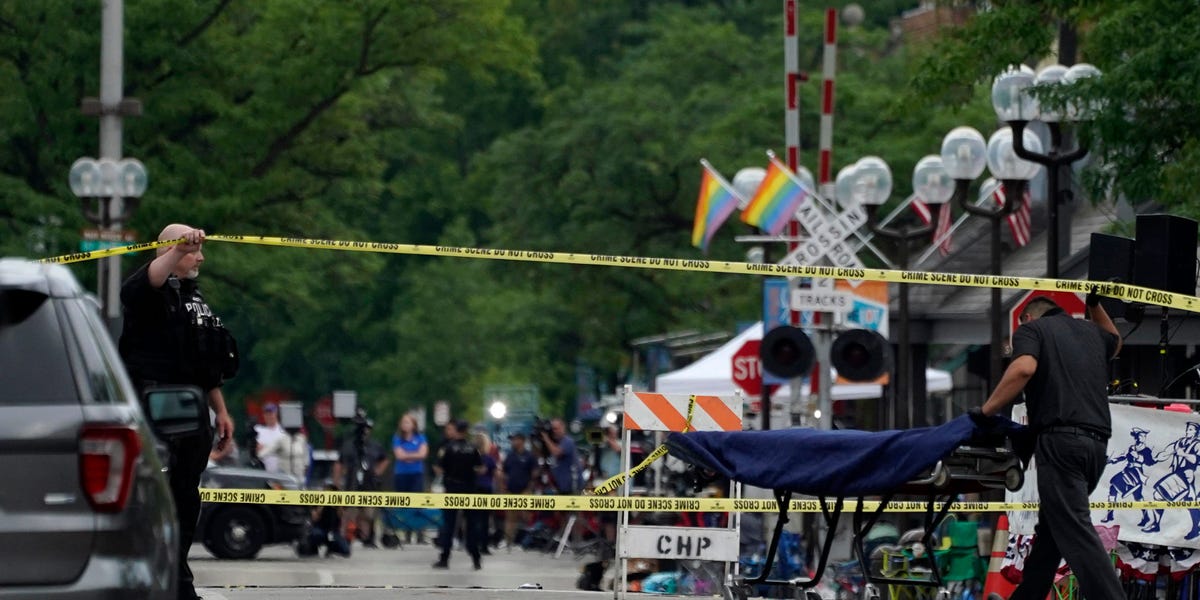 The man identified as the shooting suspect will appear in court on Wednesday. At least seven people died in the massacre, which occurred during the morning of a parade in the Highland Park suburb of Chicago, Illinois.

Dozens were injured during the shooting spree, where the shooter shot more than 70 rounds, authorities said.

The shooter carried the attack out with a rifle and owned at least 5 guns, authorities added on Tuesday.

Rinehart said that the state charges for the “carefully planned crime” would carry a mandatory life sentence with no possibility of parole if the suspect is indicted.

He also commented on the recent gun control debate, throwing his support behind an assault weapons ban.

“We should ban assault weapons in Illinois and beyond. It was implemented in 1994 with bipartisan and support of law enforcement,” Rinehart said.

At an earlier conference, Chris Covelli, spokesperson for Lake County Major Crimes Task Force, said that the suspect, 21-year-old Robert “Bobby” E. Crimo III, had planned the attack for weeks. Covelli added that in 2019, authorities had responded to a call where the suspect had threatened to kill his family, and police confiscated 16 knives at the time.

Among the victims of the mass shooting were 37-year-old Kevin McCarthy and 35-year-old Irina McCarthy, two parents of a toddler who was left orphaned–and stranded at the parade–by the carnage.

“Families lost their freedom yesterday,” Rinehart, who did not elaborate on potential federal charges, said on Tuesday. “They lost a freedom to love, a freedom to learn and a freedom to live.”