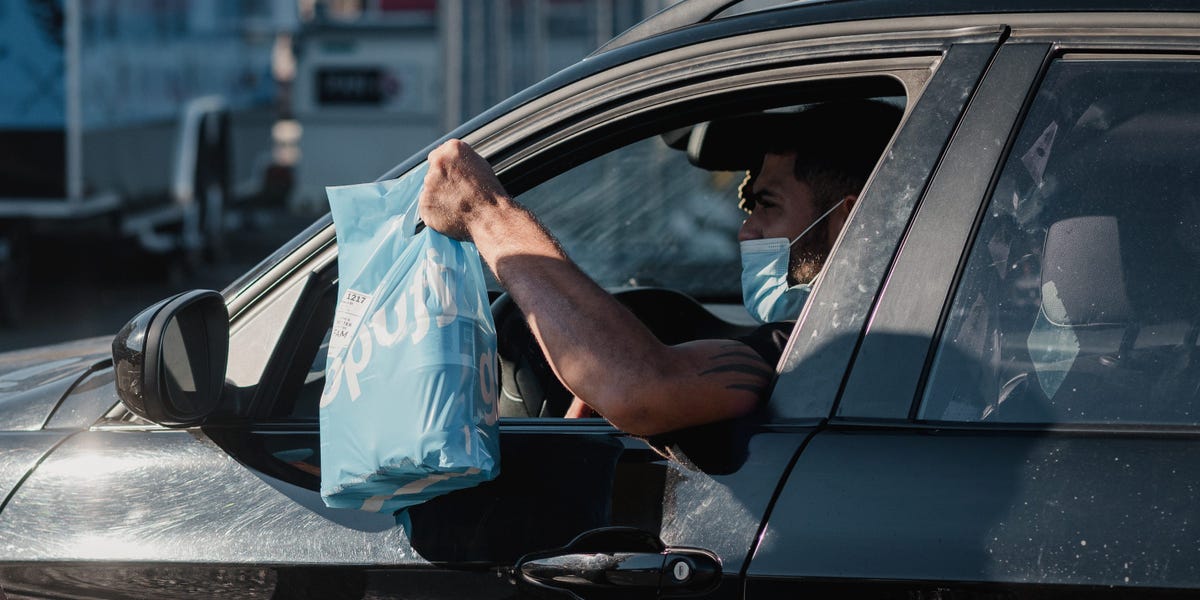 Gopuff drivers are planning a wave of strikes across the US to protest what they say is increasingly low pay, a lack of transparency, and limited flexibility from the $15 billion startup. The drivers are organizing around the slogan “Gopuff Yourself”

The strikes are set to take place on Tuesday across multiple warehouses and will involve hundreds of drivers, organizers say. The intent is to raise awareness of worker demands by slowing down orders for the delivery service.

The drivers are planning on striking by signing up for shifts, then refusing to show up. Other drivers who didn’t sign up for shifts also intend to be no-shows. That, the organizers hope, will significantly delay orders. They want Gopuff to set a nationwide wage floor of $20 an hour, provide more flexibility in accessing shifts, and protection from the company deactivating them from the app.

The proposed action is the most coordinated effort yet among drivers. Previously, drivers blocked off access to a key warehouse in Philadelphia, shutting it down for several hours. That move followed months of increasing complaints from drivers who say the company has been cutting back on their base pay, giving them inaccurate pay, and being slow to respond to complaints.

Gopuff workers leading the stoppage say the company has flooded warehouses with drivers recently. That has made it difficult for drivers to sign up for shifts at specific warehouses, which would entitle them to more predictable pay. Gopuff pays drivers through a complex structure of fees based on the bags they deliver, and one-off bonuses. It also guarantees drivers who sign up for a shift a minimum pay (known as a subsidy) to ensure they don’t fall below a certain hourly rate.

Gopuff drivers say the company has been lowering that subsidy rate. Some say it was once around $15 to $20 an hour, but has fallen to as low as $9 or $10 an hour. The company has repeatedly contended that most drivers make well above that amount, and it’s intended as a wage floor for drivers in case no orders are coming in and they don’t get bag fees.

Another issue is the relationship between Gopuff drivers and the company. The fact that some drivers sign up to work shifts feels closer to a traditional job, rather than the contract labor model the company currently uses.

“If they’re trying to tell us we’re needing a time slot, we’re not independent contractors, we’re employees,” said Krystal Parker, a Gopuff driver based in California’s Central Valley. “If that’s how it’s gonna be out here, we need to be treated as employees, have the benefits and have Gopuff actually limit the driver pool.”

A Gopuff spokesperson said that although drivers can sign up for shifts, they aren’t penalized if they don’t show up on time and only in extreme cases will they be kicked off the platform. That flexible arrangement means a contract-based relationship is appropriate for drivers, the spokesperson added.

Parker has been working for Gopuff for several months. She’s using the gig for income while her other job, as a unionized ironworker, remains slow. She says she was promised $18 an hour, but her pay has effectively been around $10 or $11 an hour.

“Delivery partners with Gopuff earn an average of $18 to $25 per hour, which is among the highest in the industry. Nearly 70% of delivery partners choose to deliver less than 20 hours a week,” a Gopuff spokesperson wrote in an emailed statement. “For anyone looking for a guaranteed salary and schedule, Gopuff provides full and part-time employment with benefits in every market we operate.”

The work stoppage is being organized through Working Washington, a non-profit worker advocacy group. The hope is that by banding together drivers won’t face collective punishment from the company, should it seek to kick striking drivers off the app.

“What we’re trying to do is announce to GoPuff there is solidarity between drivers,” said David Rozian, a Gopuff driver in Michigan. Gopuff “will suffer significantly from any mass deactivation that will make it difficult to do business in a college town or major market.”

With Jerome Powell’s second term, markets are betting the Fed will be more aggressive on inflation