Gemini Raises $400 Million To Protect The Metaverse From Meta (Facebook) 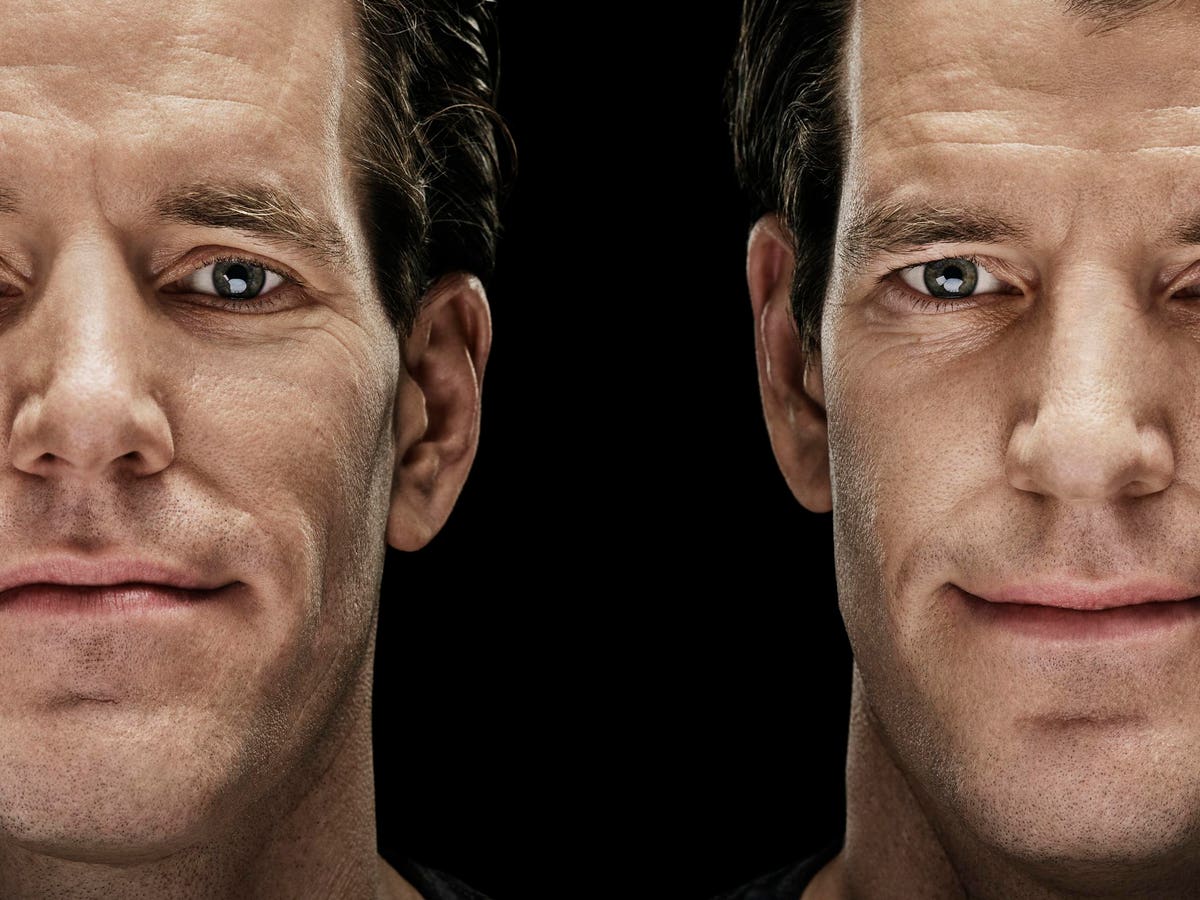 After seven years of funding their Gemini cryptocurrency empire out of pocket, Tyler and Cameron Winklevoss are in the process of signing the last documents on their first round of capital, a $400 million investment that values the New York parent company, Gemini Space Station, LLC., at $7.1 billion. If the epic competition between the twins and Facebook CEO Mark Zuckerberg is a tortoise vs. hare scenario, now may be the moment the momentum shifts.

The brothers retain 75% ownership in the company after the investment, and their combined net wealth nearly doubles from $6 billion in April to $10.5 billion today.

Led by capital management giant Morgan Creek Digital, with participation from decentralized finance venture firm ParaFi Capital, and others, the investment sets the stage for a possible final showdown between more than just the twins and their arch-rival Zuckerberg, but between the very idea of so-called Walled Gardens, where companies like Facebook own and profit from user data, and a free, open-source future.

Setting the stage for the clash, last month dozens of blockchain startups raised a total of more than $4 billion dollars to chip away at the exterior defenses of these Walled Gardens by building a virtual, holographic, augmented reality version of the internet, called the metaverse, that anyone can build on (and monetize) while Facebook, Epic Games and other Big Tech giants prepare a counterattack to ensure that the billions of people already creating value for their firms’ shareholders continue to do so.

“There’s these two parallel paths, in terms of technology right now,” says Cameron Winklevoss, 40, speaking from his home in California. “There’s a centralized path, like Facebook or Fortnight, that is one step away from being a metaverse, and that’s totally fine. But there is another path, which is the decentralized metaverse and that’s the metaverse where we believe there’s greater choice, independence and opportunity, and there is technology that protects the rights and dignity of individuals.”

As part of the capital raise that roughly equates to a Series D, New York-based Morgan Creek contributed $75 million and general partner Sachin Jaitly became the third member of Gemini’s board of directors. The other board members are Tyler and Cameron, with two additional seats expected to be added in the coming months. Other investors expected to participate in what would be the fourth largest capital raise in crypto history include rapper Jay-Z’s Marcy Venture Partners, former Disney chairman Jeffrey Katzenberg’s WnderCo, the Commonwealth Bank of Australia, private equity firm 10T, family office advisory Newflow Partners, as well as United Talent Agency, Jane Street, K5 Global, Pantera, VanEck, and BoostVC, among others.

This is not the first time the brothers have dueled Zuckerberg. Raised in Greenwich, Connecticut, the 2008 Olympic rowers sky-rocketed to fame in 2010 when Columbia Pictures released The Social Network, a film by David Fincher, telling the story of how they hired classmate Mark Zuckerberg to build a social network for university students. After a protracted legal battle that largely focused on the question of who founded Facebook, the brothers settled in 2011 for what at the time seemed like a paltry $65 million in Facebook stock and cash. In 2013, they spent about $11 million to buy what at the time was estimated to be 1% of all bitcoin in existence. Parlaying their newfound passion into a licensed exchange in what has become known as Wild West of cryptocurrency, they distinguished themselves by luring accredited and institutional investors looking to follow the letter of the law.

Seven years later, New York-based Gemini’s annual revenue has increased 600% since last year and the company is on track to be profitable by the end of this year. While they are not sharing the actual revenue numbers, they say the largest segment comes from the Gemini cryptocurrency exchange, which charges active traders 0.6% for transactions less than $500,000, and less for larger amounts; 0.4% on $30 billion in assets under custody, and an average of about a 1% fee to borrow 40 different cryptocurrencies, among other sources. Cameron says the 600-person firm with offices in London and Singapore will have 1,000 employees by next year.

This is where history starts to repeat itself. In a seeming slight to the brothers’ astrologically named firm, their former employee at Harvard, Zuckerberg, launched Libra, his own attempt to capitalize on bitcoin’s underlying blockchain technology in 2019. A consortium of potential cryptocurrency users, including Mastercard, PayPal, Stripe and Visa, briefly committed to building technology that would peg the libra cryptocurrency to a basket of national currencies, including the U.S. dollar and the British pound. Shortly after the announcement, however, the group largely disbanded following U.S. lawmakers’ apprehension over the initiative led by a firm that so controversially sold influence over its users’ behavior.

Click here to subscribe to the Forbes Crypto Assets and Blockchain Advisor newsletter. Months after Zuckerberg launched Libra, Tyler and Cameron again blazed a trail destined to be followed by the Walled Garden kingpin. In Act 3 of the story, which unfolded in November 2019, the brothers bought non-fungible token (NFT) exchange Nifty Gateway, a marketplace for the then-nearly unknown assets that now form the building blocks of the metaverse by helping value accumulate to otherwise easily copied digital objects. Since the acquisition, when the industry was conducting fewer than $2 million in volume over a thirty-day period, according to data site, NonFungible.com, it has exploded to a high of $3.7 billion over 30 days in September and $1.8 billion today.
Ironically, for founders who claim to be building a world beyond Walled Gardens, Nifty follows a similar path as Gemini, which sought to build crypto investing services for compliant investors, by deeply vetting the NFT creators allowed on-site. “Decentralization is a spectrum,” says Cameron. “We want to continue to move down the spectrum towards empowerment. But you have to start somewhere.” It turns out, this philosophy is not without its risks.

While the promise of trillions in institutional adoption continues to remain their North Star, less discerning exchanges, frequently with fewer licenses, are so far winning the day. Gemini is only the 11th largest exchange in the world on data site, CoinGecko, and among those exchanges, relative newcomer FTX just raised $900 million at an eclipsing $18 billion valuation. Similarly, Nifty doesn’t even appear in a list of the largest NFT exchanges—more like Sotheby’s than eBay.

In addition to personal investments in the metaverse through Winklevoss Capital, more than half the newly launched Gemini Frontier Fund’s portfolio consists of firms related to the burgeoning space and an additional $35 million is set aside from the capital raise for future investments. Already, they’ve bought stakes in NFT firms Alethea AI, based in Singapore, and Recur, in Florida; Prague-based metaverse startup Somnium Space; and in an early version of the metaverse, called The Sandbox (SAND), being built by $2.2 billion Hong Kong-based Animoca Brands. Between October 27 and November 18 the price of SAND increased 413% to $3.94.

As part of the Sandbox deal the brothers also bought a plot of virtual land where they hope to build the first of many virtual locations, similar to a website but in three dimensions. “Instead of building brick and mortar bank branches in meatspace,” says Tyler, referring to the real world where we actually live, “we’re gonna build a Gemini experience in different metaverses, where you can go into Gemini, and trade but it would be immersive instead of on your phone.”

Instead of the ad-driven model that has proved so lucrative to social media companies (and fertile for misinformation and political influence) most metaverses will require tiny amounts of cryptocurrency, similar to “gas” used to run other decentralized applications. While revenue models will certainly proliferate, the more demand there is for these tokens, the higher the price, increasing the value of the very same currency the users now own and letting the wealth accumulate to users instead of shareholders.
Because the currency of these networks increases at a fixed rate and assets, like a new pair of digital shoes, a flaming sword, or one’s avatar, can be tracked and issued as non-fungible tokens on public, transparent blockchains, users have both increased certainty that the market for their digital possessions won’t be flooded and the freedom to take their NFTs elsewhere. Early blockchain competitors include Decentraland and The Sandbox which run on Ethereum, Upland, which runs on the EOS blockchain, and Victoria VR, expected to launch soon on Ethereum, and pivot to a blockchain of their own design.

If this all sounds a bit too much like science fiction, it’s well to remember that in addition to the billions of dollars raised in recent months, proven leaders in the existing Massively Multiplayer Online Gaming (MMOG) Industry are also moving to the metaverse. Perhaps most notably, North Carolina-based Epic Games has already proved out a similar business model selling its centrally issued v-bucks digital currency to buy in-game accessories and weapons. In April Epic CEO Tim Sweeney revealed a $1 billion funding round to expand into the metaverse. The MMOG industry is expected to reach $55.7 billion by 2027, according to industry analysis site StrategyR and Sweeney called the metaverse a “multi-trillion” dollar opportunity in a recent report.

Not to be outdone, Zuckerberg again followed his old college employers. In October 2021 he rebranded Facebook as Meta. While details are scarce, Zuckerberg appears to be once again following a similar path as Libra, which while releasing open code that anyone could build on, is restricted to only a few companies who are allowed to directly monetize the economy. In an open-letter Zuckerberg declared that “the metaverse will not be created by one company. It will be built by creators and developers making new experiences and digital items that are interoperable and unlock a massively larger creative economy.” $2.5 trillion Microsoft and $731 billion Nvidia, quickly followed suit with their metaverse visions.

The difference between these and other efforts being led by truly open-source startups is that while Big Tech is trying to avoid obsolescence, the Winklevii are investing in companies that assume those companies are already redundant, according to Gemini’s newest board member, Sachin Jaitly. Jaitly previously invested in Mike Cagney’s crypto mortgage firm Figure and blockchain infrastructure provider Blockdaemon, and says that many are “missing the boat” of letting users own their own identities and move digital objects anywhere online. “There is something true and pure about having the authenticity and the originality of something. And whether it’s physical or whether it’s virtual, is irrelevant,” says Jaitly. “They’re just missing what I think is going to be an enormous amount of value creation.”

While Zuckerberg continues to follow the Winklevii into industry after industry, the brothers earlier this year came full circle by making their first investment directly into a social network, and it seems that’s only the beginning. In September Winklevoss Capital participated in a $200 million investment in the DeSo Blockchain, short for decentralized social. Founder of social media giant Reddit, Alexis Ohanian, venture firm Andreessen Horowitz, and about 44,000 other potential users also bought the token.
In an industry where reach is so directly correlated to value, Facebook, Twitter, LinkedIn, Reddit and most other mainstream social networks have what seems to be an insurmountable lead. For now, they are the epitome of Walled Gardens. DeSo hopes to solve this problem by building a shared infrastructure on which anyone can create a social network of their own. There’s already 150 projects being built on the blockchain, including 8 social networks, and you guessed it, a metaverse. “It’s very easy to identify the problems with the existing networks and social spaces. But there hasn’t been many solutions,” says Tyler. “We believe crypto offers that, so we’ll continue to look at investing through Gemini Frontier, or maybe even building.”

Exemption for Canadian travellers in South Africa in effect

Baby’s Breath Makes Great Tree Filler, and You Can Find It at Trader Joe’s