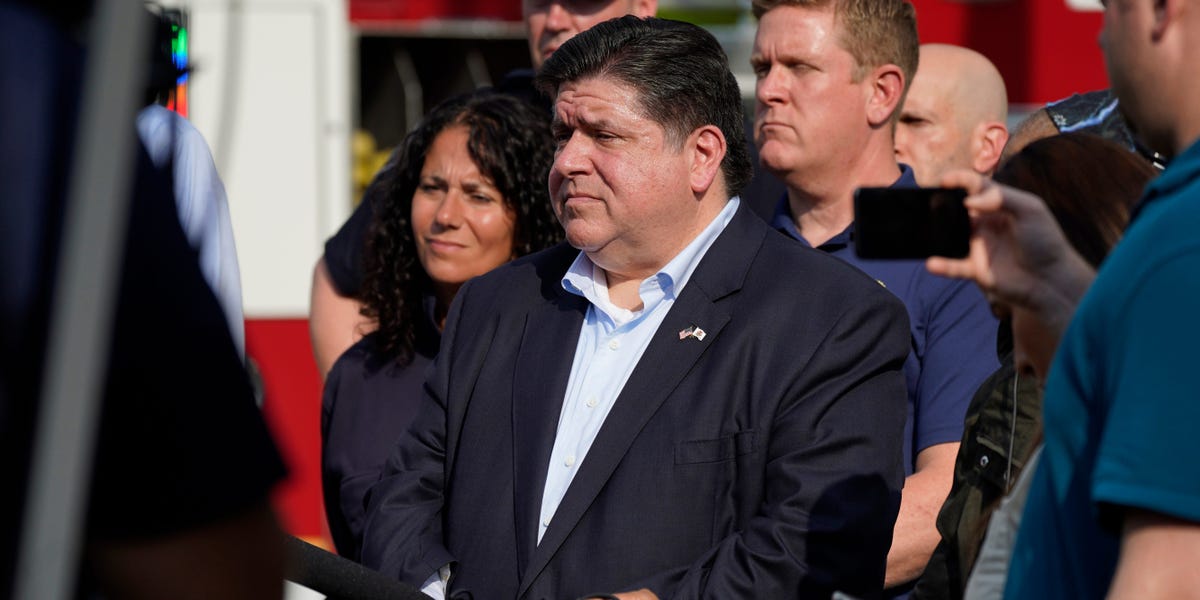 In the wake of a mass shooting in Highland Park that left six dead and wounded 31 others, Illinois Gov. J.B. Pritzker said the Founding Fathers would never have approved of today’s gun laws.

“And I don’t think a single one of them would have said that you have a constitutional right to an assault weapon with a high capacity magazine, or that that is more important than the right of the people who attended this parade today to live.”

“There is no better day and no better time” to talk about gun control, Pritzker said.

Pritzker went on to call gun violence in the US a “uniquely American plauge.”

“A day dedicated to freedom has put into stark relief the one freedom we as a nation refuse to uphold — the freedom of our fellow citizens to live without the daily fear of gun violence,” Pritzker said.

He then encouraged those listening to “be angry” because he is “furious that yet more innocent lives were taken by gun violence,” noting that this is happening in communities across Illinois and America.

“It does not have to be this way, yet we as a nation, well, we continue to allow this to happen,” Pritzker continued. “Mass shootings have become our weekly American tradition.”

He thanked law enforcement and said “lives were saved” because officials, including the police department, ran toward the gunshots.

The sole suspect in the shooting, a 22-year-old man, was taken into police custody at 6:30 p.m. local time Monday after an eight-hour manhunt following the massacre.

The victims of the shooting include a grandfather who was in a wheelchair, a local synagogue worker, and an 8-year-old facing injuries.