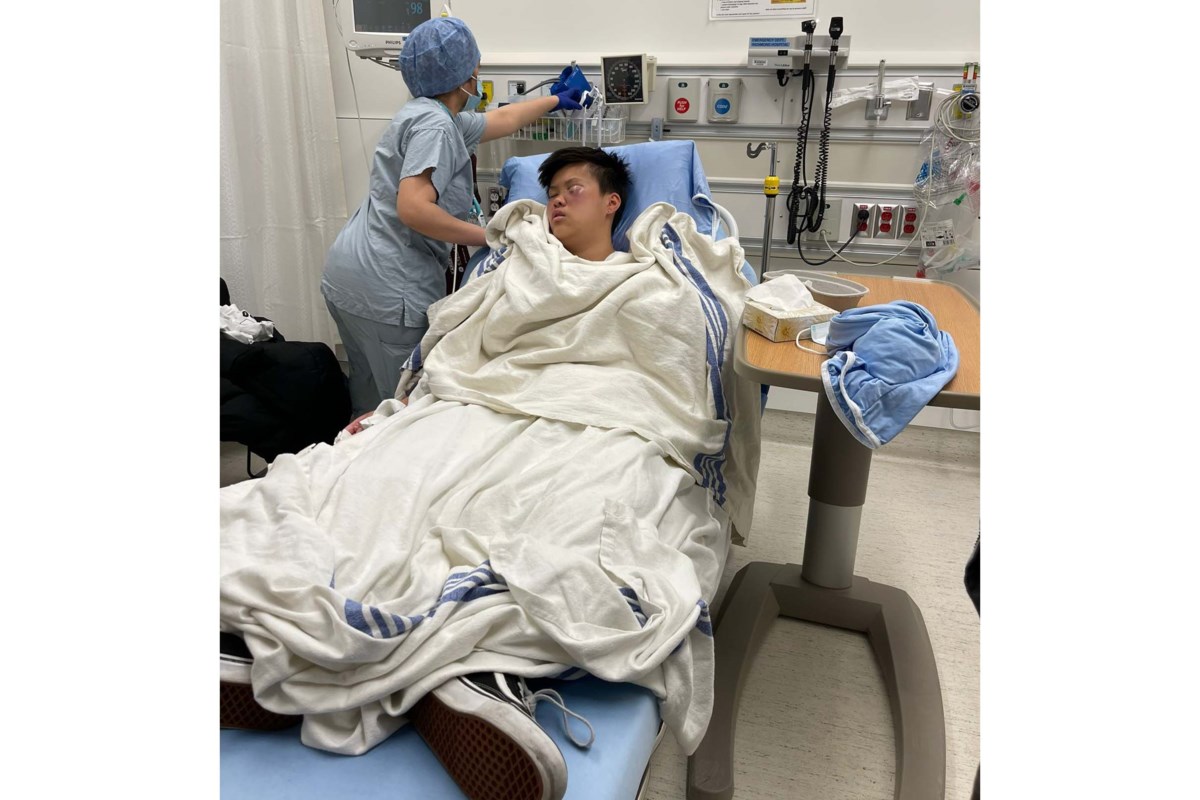 A 14-year-old girl was taken to hospital, after being beaten unconscious by an older male student right outside the main office at Hugh Boyd Secondary.

The girl – who has been identified by her family as Grade 9 student Janice Xie – was apparently viciously attacked because the boy mistakenly believed she made comments about another girl liking him.

Her stunned father, Tim Sorensen, told the Richmond News that the unprovoked attack happened about lunchtime on Thursday in the corridor outside the west Richmond school’s main office.

Kicked and punched while on the ground

Sorensen said several students tried to pull the boy off his daughter, who was reportedly being kicked and punched in the face while lying on the ground.

He understands from Janice’s friends that her head hit the nearby wall and ground during the incident.

“She got out of hospital last night. She obviously has a concussion and it’s mainly head trauma, although she did get kicked in other places,” said Sorensen.

“There are lots of cuts and bruises and she must have bit down on her tongue at some point.

“This was all because he was told by some other party that she was saying that a girl liked him.

“I think she blacked out when she hit the ground. But he kept hitting her. Some of the other students were trying to pull the guy away but he then started on them.”

The spokesperson confirmed that the male student in question “is not in school at this time. District guidelines are being followed and the district is currently providing additional counselling support.”

Sorensen said his daughter is “more solid than I could imagine and she seems OK. But she is more like, ‘what happened?’ She wasn’t expecting this.”

He said his daughter does have some martial arts training and did try to fend him off, but she was caught totally off guard.

Sorensen said he was angry at having to find out about the attack from one of his daughter’s friends and not from the school.

However, on Friday morning, when dropping off another child, he said he was approached by the school’s vice-principal, who had apparently been one of the first on the scene and intervened, before calling the emergency services.

Sorensen understands from police that the boy will be charged and believes he has been suspended from the school until at least the court date.

“I want to see something happening, I’m not sure what,” added Sorensen.

“Is it just going to be a slap on the wrist? A male hitting a female? What’s that about?”

Richmond RCMP confirmed to the News that it is investigating an “alleged assault that occurred at a local secondary school.”

However, due to the “nature of this investigation, including protection of privacy under the Youth Criminal Justice Act, no further information will be released.”

The RCMP spokesperson added that the police “recognize the potential impact a situation like this can have within the school community. We are working with our partners at the Richmond School District.

“We want to assure the public we are working in conjunction with the Richmond School District to ensure the safety and well-being  of those directly involved as well as the overall school community.

“Richmond RCMP Youth Section have conduct of the investigation.”