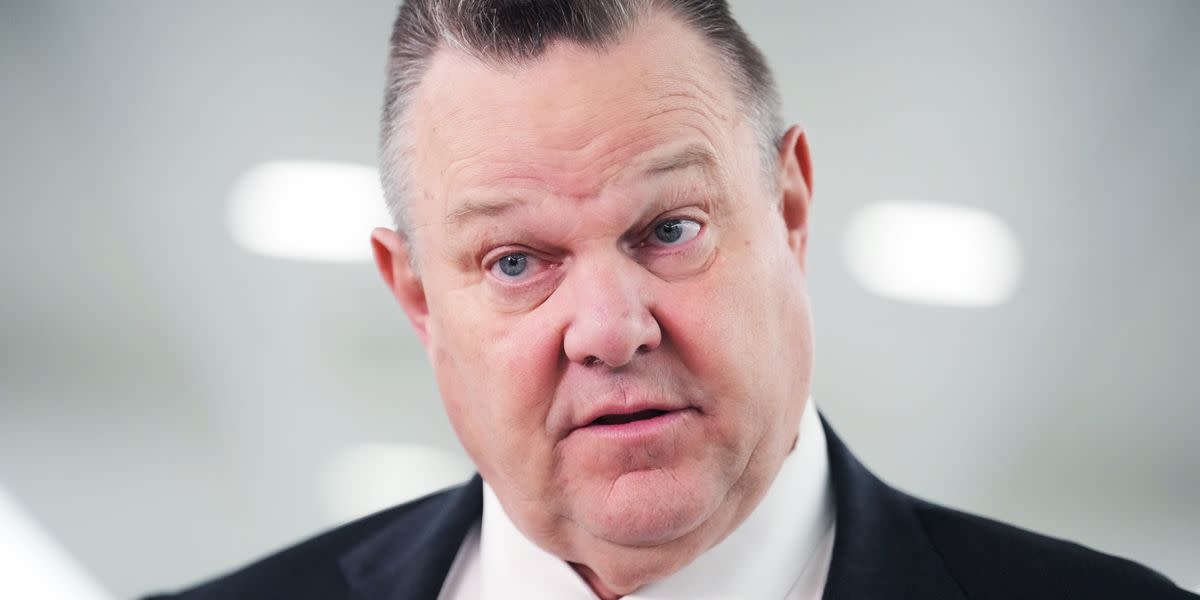 WASHINGTON ― Sen. Jon Tester (D-Mont.) says he does not support new restrictions on semi-automatic rifles, such as the weapon used to carry out the massshooting in Uvalde, Texas, and countless other shootings in recent years.

“At this moment in time, no,” Tester, who is a gun owner, told HuffPost on Wednesday.

When asked specifically about raising the minimum purchase age of such guns, the senator suggested expanding background checks and preventing mentally ill people from obtaining guns instead.

“I think all this stuff is moot,” Tester said, expressing frustration with where things stand at the moment. “I’d like to have a debate on anything on the floor of the Senate at this moment in time … but we’re a long ways away from even having a conversation about background checks much less anything else. I hope we get something done. This problem is not going to go away.”

A spokesman for Tester added that the senator believes Congress should “focus on solutions that can get at least 60 votes in the Senate.”

Federal law restricts handgun sales by licensed dealers to buyers 21 and up while allowing 18-year-olds to buy shotguns and rifles. The accused gunmen in the recent mass shootings in Uvalde and Buffalo, New York, are 18-year-olds who legally purchased their semi-automatic weapons.

Senate Democrats introduced legislation last month that would raise the minimum age to purchase semi-automatic weapons and high-capacity ammunition magazines from 18 to 21. Senators on both sides of the aisle have expressed an openness to doing so in the wake of the elementary school shooting in Uvalde, where 19 children were killed.

Sen. Joe Manchin (W.Va.), a red-state Democrat who holds pro-gun views, this week questioned why individuals need to own high-powered AR-style rifles at all.

“I never thought I had a need for that type of a high-capacity automatic weapon,” Manchin told CNN on Monday. “I like to shoot, I like to go out and hunt. I like to go out sports shooting. I do all of that. But I’ve never felt I needed something of that magnitude.”

Sen. Joni Ernst (Iowa), a member of GOP leadership, said Wednesday she is open to the idea of raising the purchasing age for long guns.

“I’m hearing pros and cons from Iowans and people concerned on both sides of the issue, so just trying to keep an open mind as we’re taking it all in. … I’m not a no,” Ernst told HuffPost.

Senate Minority Leader Mitch McConnell has also “personally expressed openness to raising the age for purchases of assault weapons to 21,” though the Kentucky Republican is not currently pushing to do so as part of any legislation, according to Politico.

Still, many other Republicans are outright opposed to passing any new regulations on guns, including banning teenagers from being able to purchase semi-automatic rifles. In defending the need for such weapons, several GOP lawmakers have cited their constituents’ stated desire to shoot animals like pigs, raccoons, and prairie dogs.

“In my state, they use them to shoot prairie dogs and other types of varmint,” Senate Minority Whip John Thune (R-S.D.) told CNN earlier this week.

Asked by HuffPost whether killing varmints was a good enough reason to allow teenagers to be able to buy AR-style weapons, Thune said it is an issue best left up to individual states, pointing to Florida’s raising of its gun purchasing age in the wake of a mass shooting as an example.

He also allowed that you don’t necessarily need an AR-15 to shoot prairie dogs.

Semi-automatic weapons are often favored by hunters of wild hogs as they allow for a faster second shot than can be achieved with a bolt or lever action. But an AR-15 rifle isn’t the only option available to hunters.

Sen. Pat Leahy (D-Vt.), another gun owner from a state where hunting is popular, argued that AR-15 rifles weren’t made for recreational use and that they should be banned.

“We use them in war zones, we shouldn’t be using them in children’s homes. There’s no need for them. I’m a gun owner, I even have a target range in my backyard,” Leahy said.

“I don’t have the kind of money to be able to afford to shoot prairie dogs with a gun that spits out bullets quite that quickly. Now give me a .308 [rifle], and you can pop them from a long ways away,” he said.

This article originally appeared on HuffPost and has been updated.