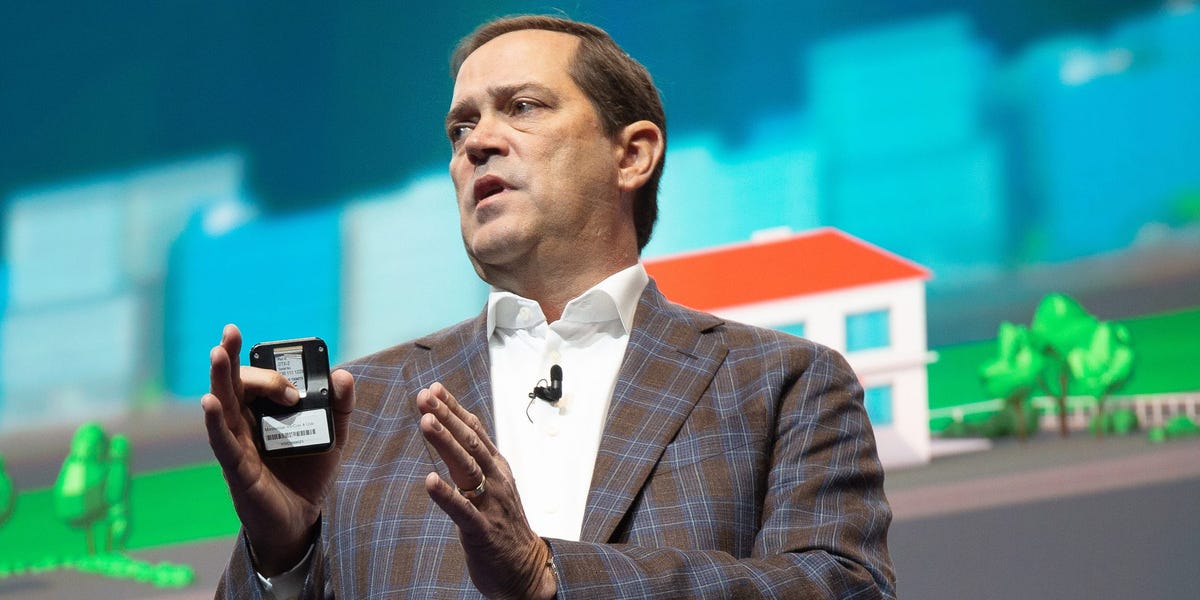 Cisco is extending its annual holiday shutdown and doubling the amount of mandatory paid time off that North American employees will have to take at the end of the year, executives told employees on Wednesday.

The holiday shutdown is a yearly tradition at the $218 billion enterprise-tech giant during which all offices in the US and Canada close and employees are instructed to log off. Historically, Cisco has positioned the shutdown as a way to reduce operating expenses for the year, as well as to cut down on energy consumption and encourage employee wellbeing.

In the memo, a copy of which was obtained by Insider, Cisco told employees that the company-wide shutdown will now include six days of mandatory paid time off for all employees in the US and Canada — an increase from the three days that were originally planned. Cisco employs some 38,000 people in the United States alone.

Under this new plan, Cisco will shut down between December 28th and December 30th, and then again from January 3rd through the 5th. The memo also says that Cisco is designating December 23rd as a “Day for Me,” a company-wide paid holiday, in December.

“This time away not only benefits our well-being but it also has a positive financial impact on our business and helps support our sustainability goals. This is why the Executive Leadership Team has decided to extend the shutdown,” the memo reads.

Despite the reassuring language, however, the decision to extend the shutdown has some employees nervous — especially given the timing of the announcement. It was communicated to staff via an internal memo sent Wednesday shortly after Cisco reported its quarterly earnings, which slightly missed Wall Street expectations. In the wake of the report, shares of Cisco slid downwards by as much as 8%.

“I think a lot of people are on edge about what’s to come,” a current Cisco employee told Insider. “It’s created a lot of internal noise.”

In a statement to Insider, a Cisco spokesperson said the extended shutdown was primarily “in support of our employees’ mental health and well-being.”

“Cisco employees look forward to the holiday shutdown each year to disconnect and recharge for the new year. We also know that this past year has been difficult for our employees as they continue to juggle work/life demands and uncertainty amid an ongoing pandemic,” the spokesperson said, adding that the company will “work with employees” who require exceptions.

Two current employees told Insider that the memo sparked internal buzz about whether more cost-cutting could be on the horizon, including the potential for layoffs. Part of the anxiety stems from the fact that Cisco typically carries out wide-scale layoffs annually, but hasn’t yet so far in 2021. And while employees are still paid a salary during the shutdown days, they won’t have the opportunity to work on hitting their quarterly goals, thus hampering their ability to earn the commissions or bonuses that can make up a sizable chunk of their pay.

One of those employees said that while they appreciate the company’s focus on wellbeing, this particular approach doesn’t promote restfulness.

“If you’re being forced to take specific days off and you don’t have a choice, it doesn’t really feel like a vacation,” the employee said.

Cisco did not comment for this story at the time of publication.

Are you a Cisco employee? Got a tip? Contact this reporter securely via email at aholmes@businessinsider.com or via the encrypted messaging app Signal at 706-347-1880 using a non-work phone.

List of the top 10, the most unpopular web sites rarely found on Google search

Use Google Maps GPS offline without internet like this, easy way to run offline GPS