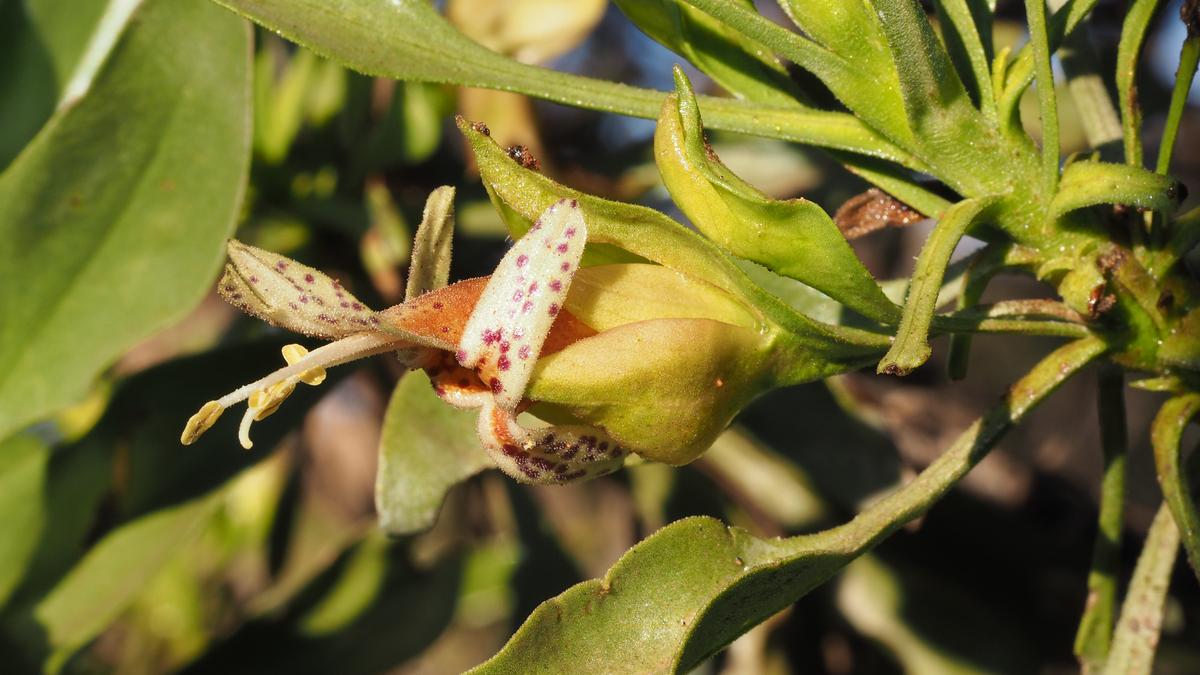 Researchers have isolated a compound from an Australian desert shrub with a long history of medicinal use by the Indigenous peoples of Australia that could help cancer patients better respond to chemotherapy.

The international research project began by looking to nature for a solution to the problem of drug resistance in cancer therapy. One common mechanism used by cancer cells to resist drug treatment is to effectively remove chemotherapeutic drugs from tumor cells using what are called efflux pump proteins.

“Cancer cells sometimes develop an ability to fight the medicine, chemotherapy, used to treat patients,” explains Malene Petersen, one of the authors on the new study. “We have found a substance in a plant that appears to inhibit cancer cells’ ability to defend themselves against chemotherapy, i.e., build resistance to chemotherapy. The plant is only found in Australia and has traditionally been used by the Aboriginal people.”

The research concentrated on a genus of Australian desert plant called Eremophila. There are over 200 different species of Eremophila and Indigenous Australians have a long history of medicinal uses for the plant.

The species Eremophila galeata was specifically investigated, with a focus on hunting down any chemical compounds that could resensitize cancer cells resistant to a substance called SN-38, the active element in chemotherapy drugs designed to treat lung and colon cancers. The plant indeed seemed to inhibit the ability of cancer cells to resist SN-48, so the researchers then set out to identify exactly which compounds were beneficial.

“Cancer cells resistant to SN-38 produce a large amount of a protein responsible for transporting the medicine out of the cancer cell again, a so-called efflux pump,” says project supervisor Dan Stærk. “This natural substance isolated from the Australian plant is able to inhibit this pump, which makes it difficult for the cancer cell to remove the medicine effectively.”

More specifically, the researchers homed in on a flavonoid called 5,3′,5′-trihydroxy-3,6,7,4′-tetramethoxyflavone. This compound seemed to be primarily responsible for the efflux pump inhibition, and more importantly, it was effective in concentrations low enough to not cause toxic effects in other cells.

While the particular kind of efflux pump protein inhibited by this plant compound is unique to cancer cells, the researchers are cautious in noting more work is needed to explore safety and efficacy in humans. Efflux pump proteins are present in many human cells and often share structural similarities, so further research will need to investigate how specific this novel inhibitor is in targeting cancer cells.

Nevertheless, the researchers are optimistic this finding could lead to improved cancer treatments. And not only that, Petersen says this kind of efflux pump mechanism is also used by antibiotic-resistant bacteria, so there is potential for these findings to lead to better antibiotic treatments.

“Interestingly, antibiotic-resistant bacteria, for example, appear to produce large amounts of almost identical efflux pumps, which has made them extremely good at pumping the antibiotics out of the cells,” says Petersen. “This natural substance, the flavonoid, targets this specific pump protein, which make us speculate whether it may play a role in treatment of antibiotic resistance too.”

Stærk believes it is likely there are compounds out there in natural plants that work even better than this newly discovered flavonoid. He says the long-term goal is to identify these molecules and then synthesize them to make sustainable drug therapies in the future.

“The idea is to take traditional medicine knowledge, which has been passed on from generation to generation through thousands of years, and use advanced technology to determine which substances are active and which genes in the plants that code for the production of these active substances,” concludes Stærk. “In the long term, this will enable us to produce future drugs sustainably via synthetic biology.”

The new study was published in the journal Biomolecules.