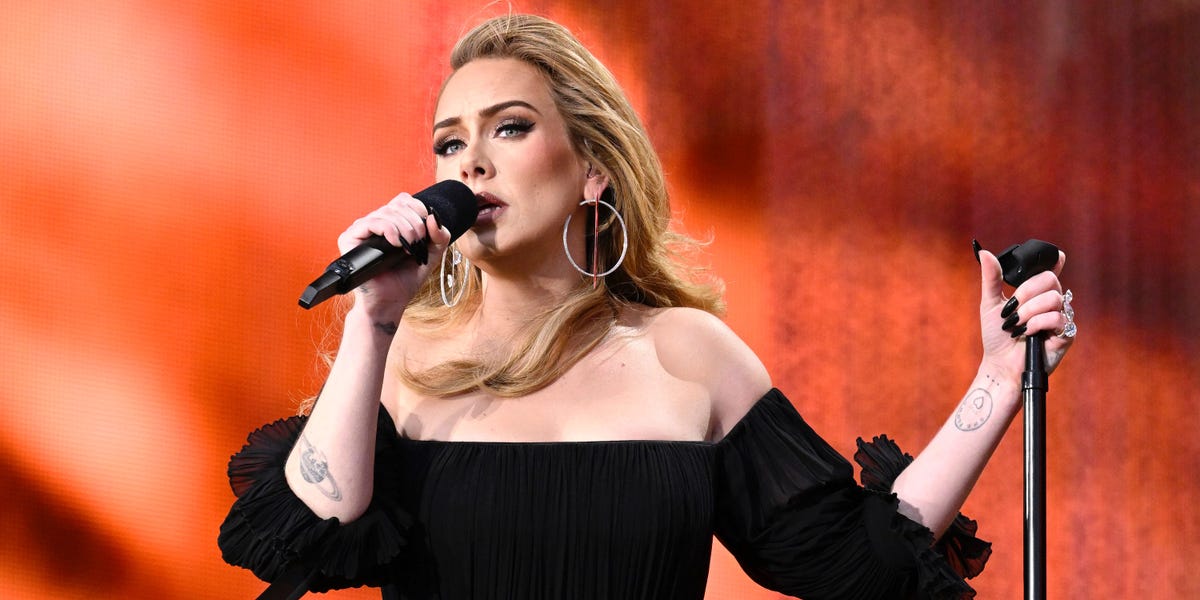 Adele recently opened up about the public’s reaction to her

“I felt terrible for some people that felt like other people’s comments meant that they weren’t looking good or that they weren’t beautiful,” she said during an interview with BBC Radio 4’s “Desert Island Discs” on Sunday, per Newsweek.

When the “Easy On Me” singer shared a photo of herself in 2020 to celebrate her 32nd birthday celebration, fans online were divided about how to react. Some were congratulatory, while others criticized Adele for apparently conforming to societal beauty standards.

Adele later revealed that she lost 100 lbs over the course of two years because she “got quite addicted” to exercise in the wake of her divorce from Simon Konecki.

“It was because of my anxiety,” she explained to British Vogue. “Working out, I would just feel better. It was never about losing weight, it was always about becoming strong and giving myself as much time every day without my phone.”

Adele told BBC she “felt terrible” that some people interpreted her change in appearance as a statement about beauty, but also noted that fans aren’t familiar with her personal struggles.

“Some of the ones I saw were young, they were like 15. And there were some other people who felt very betrayed by me, being like, ‘Oh, she’s given into the pressure of it,'” she said. “Which didn’t really bother me because you aren’t holding my hand at 4 a.m. when I’m crying my heart out with anxiety and needing a distraction.”

She also said she “understands” why people are curious about her body because she didn’t share details about her new lifestyle “like everyone else does.”

Adele previously told Oprah Winfrey that it’s not her “job” to “validate how people feel about their bodies.”

“My body has been objectified my entire career. I’m either too big or too small. I’m either hot or I’m not,” the 15-time Grammy winner said.

“I was body positive then and I’m body positive now,” she continued. “I feel bad that it’s made anyone feel horrible about themselves, but that’s not my job. I’m trying to sort my own life out. I can’t add another worry.”