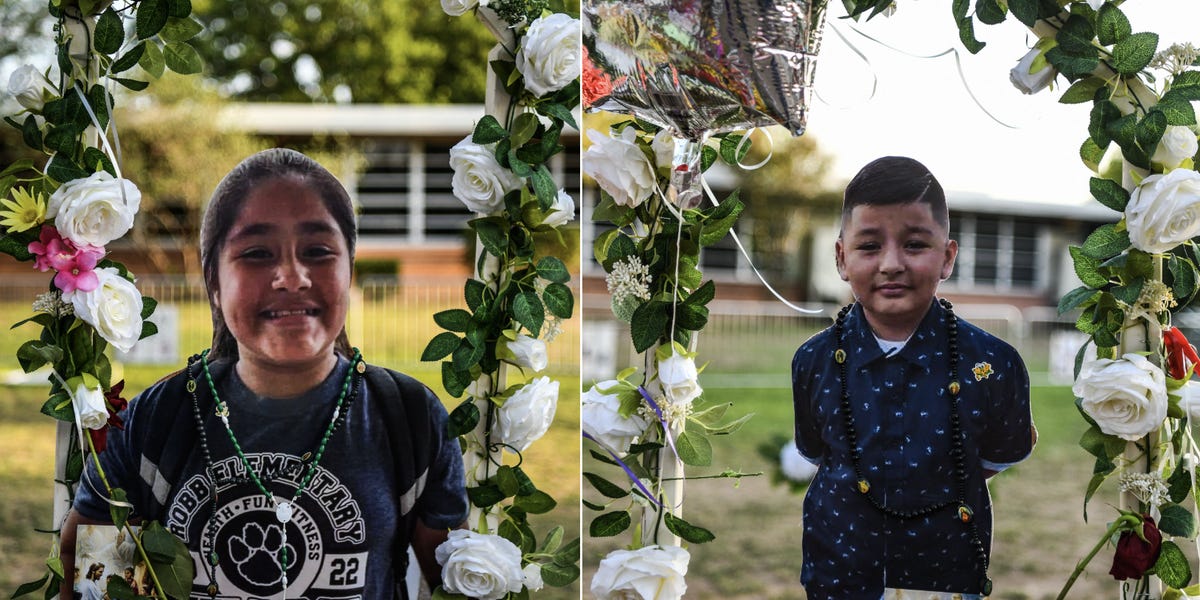 Two young victims of the Texas school shooting — classmates who texted each other “I love you” every night — will be buried side-by-side, ABC News reported.

Annabell Guadalupe Rodriguez and Xavier James Lopez, both 10, were among the 19 children killed in the May 24 massacre in Uvalde, Texas.

Since becoming fourth-grade classmates last August, the children became fast friends and soon began passing notes in class, per ABC News. Months later, the children started texting each other “I love you” before bedtime, the outlet reported.

“She had a big old crush on him,” Rodriguez’s mother, Monica Gallegos, told ABC News.

Gallegos added that she and Lopez’s mother, Felicha Martinez, found the children’s relationship amusing, per the outlet. “Me and Felicha would laugh, like, ‘How do y’all know about love?'” she said.

Per ABC News, the two children are to be buried next to each other at Uvalde’s Hillcrest Cemetery this week — a decision that their mothers made.

According to Gallegos, everyone at school knew about their special friendship, including their teacher, Arnulfo Reyes. Reyes was also shot during the massacre.

“He would make things for her, he would write notes for her,” Reyes told ABC News from his hospital bed. “It brings a smile to your face just to think they really loved each other.”